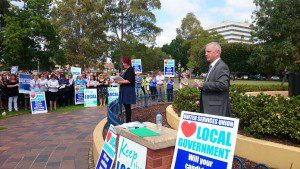 A spokesperson for the union said a number of motions were passed at the meeting including a vote of no confidence in the CEO, Mr Carl Wulff.

The union, which says it is trying to to highlight their concerns over a proposal to outsource the management of council services to a private operator, is going to the Industrial Relations Commission this afternoon, to lodge its claim that the council management is breaching the requirement under the award to consult with staff about major changes.

The union will also argue that any decision should be put on hold for a few weeks, until after a 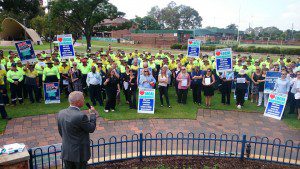 freedom of information request is responded to by council.

More than 40 years experience in the news media, most of them as editor of local newspapers across the Sydney metro area, but a few years working as a sub-editor with the metros. Lots of awards, both as a reporter and editor, but says he values just as much Community Service Awards from Campbelltown City Council in 2004 and 2016. Took a voluntary redundancy in 2014 from Fairfax Community Newspapers after 21 years there. Loves the digital world, because ''there's no question it's the future''. Eric promises his hard hitting but fair approach won't change when he reports the news via cyber space.
View all posts by Eric Kontos
Changes more like insourcing, says Liverpool Council CEO
YADA has 10,000 reasons to be happy an election’s on