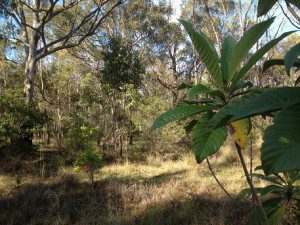 Bushland areas must be included in planning for new housing land releases.

Having dinner with friends last week, I nearly fell off my chair when one of them told us their house at Eagle Vale had been listed for $600,000.

It is great news, don’t get me wrong, that finally the region is being seen as an attractive one to invest in and buyers are fighting over each other to grab a slice of the property action.

That local property prices are rapidly rising and reaching levels we once thought would be sheer fantasy is also great news.

If you are old enough you would remember how for much of the 1980s and 1990s nothing much changed in the south west.

And when it came to property prices it was a virtual standstill.

The problem was 10 years later if you wanted to sell the same property you would have been lucky if you made a gain of $10,000.

And whether we like it or not, this is how we have all been brought up: to believe that if we can get into the property market we cannot lose.

Not in the south west it wasn’t, and for many years the price of property in the region stagnated.

The last 15 years have been a different story all together, and the last two or three even more astounding. 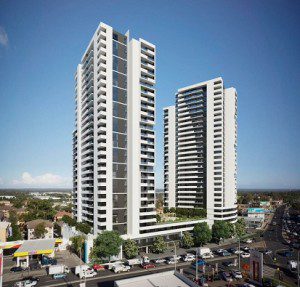 Then the Sydney Olympic Games came along, which gave property prices a nice push upwards and we in the south west region got the benefit of a trickle down effect.

Macarthur and Liverpool are now in the process of making themselves over as growing regional centres, which will add to the rising property prices.

And this is despite all three council areas in the region experiencing massive growth in housing stock.

Campbelltown’s new housing is mostly coming from its southern end, at Appin and Menangle.

Camden on the other hand is growing in a northerly direction, between Camden Valley Way and the Northern Road.

Its new housing links up with that of Liverpool, which is opening up new releases on its western areas.

At present the region is well served in transport with links to rail and road, with more in the pipeline, especially the critical south west rail line.

Most people would support new housing releases, but they would also believe that we need to make sure we are careful how we handle such massive growth.

The Australian Botanic Garden at Mt Annan is one of the great attractions of the south west region.

One of the great things about living around here is that it’s so close to the bush and we don’t want to lose that.

Some things, like the fabulous green buffer between Liverpool and Campbelltown at Hurlstone Agricultural College should be locked away forever.

It is good to see that as part of the planning for new housing releases a lot of land is being earmarked as open space.

There needs to be more of that, to ensure that native animals like koalas and kangaroos have wildlife corridors where they can find food and water.

But also so we humans who call this neck of the woods home can easily have access to bushland where we can go for walks or just for the fresh air – or get over the shock of our great property prices.

More than 40 years experience in the news media, most of them as editor of local newspapers across the Sydney metro area, but a few years working as a sub-editor with the metros. Lots of awards, both as a reporter and editor, but says he values just as much Community Service Awards from Campbelltown City Council in 2004 and 2016. Took a voluntary redundancy in 2014 from Fairfax Community Newspapers after 21 years there. Loves the digital world, because ''there's no question it's the future''. Eric promises his hard hitting but fair approach won't change when he reports the news via cyber space.
View all posts by Eric Kontos
Rudan’s boys: three losses on the trot
Court win warning to dumpers: council