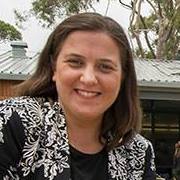 The fight is not over on the intermodal: MP Melanie Gibbons

State Member for Menai Melanie Gibbons has expressed disgust at today’s Planning and Assessment Commission (PAC) announcement of concept approval for the SIMTA Intermodal at Moorebank.

Promising that the fight against the intermodal was not over, Ms Gibbons issued a strongly worded statement:

“I am shocked and angry that the PAC has listened to big business instead of the local residents who are the ones who will bear the brunt of this facility. This is an ignorant decision.” Ms Gibbons said.

“The PAC seems to have been blinded by the benefits to the freight industry – but it will have a disastrous impact on the local residents.

“There are still too many issues that don’t have solutions for this to have been given approval. The road upgrades proposed in the PAC determination do not even go close to easing the congestion that will be caused and the proponent hasn’t even worked out a way to avoid the wheel squeal that the trains will cause residents to cope with; 24 hours a day, seven days a week.

“I know of no other private business that expects the Government to contribute an estimated $1billion of taxpayer dollars so that they can have the right conditions to undertake their activities.

“I know of no other private business that will risk the health of so many people.

“As I said when I addressed the PAC, the SIMTA reports show that the air pollution is not an issue if you aren’t outside for more than 90 minutes. I believe this completely goes against the promotion of a healthy lifestyle. Our children play outside at school at lunchtime and we want them to continue to play outside when they get home and engage in sports on weekends – but with the risks of poor air quality, I doubt parents will encourage their kids to play a 90 minute soccer match anymore.

“Locating an Intermodal at Moorebank has been promoted for many years by State and Federal Governments and by industry – but our community has held out hope that their concerns would be heard. The exhibition of the Environmental Impact Statement highlighted many issues that should have been taken seriously.

“Other more appropriate locations have been suggested but everyone seems to be turning a blind eye and going with a poorly considered and ill-conceived plan.  Badgerys Creek and Eastern Creek do not cause the same impacts and would make far more sense.

“I feel betrayed that the PAC has ignored the detrimental effect this will have on residents. It seems that none of the community consultation was actually taken into account.

“This is an ill-conceived, poorly planned development and I will be requesting an urgent meeting with the Minister for Planning to appeal to her to stop this monstrosity.” Ms Gibbons said.

“I will also be talking to Liverpool Council to see if there is an avenue to challenge this determination in the Land and Environment Court.

“I will be continuing to do all I can to stand up for the community and to make sure our voices are heard. This fight is not over.”

More than 40 years experience in the news media, most of them as editor of local newspapers across the Sydney metro area, but a few years working as a sub-editor with the metros. Lots of awards, both as a reporter and editor, but says he values just as much Community Service Awards from Campbelltown City Council in 2004 and 2016. Took a voluntary redundancy in 2014 from Fairfax Community Newspapers after 21 years there. Loves the digital world, because ''there's no question it's the future''. Eric promises his hard hitting but fair approach won't change when he reports the news via cyber space.
View all posts by Eric Kontos
More to the zany master of Macarthur than meets the eye
Moorebank intermodal approval ‘disgrace’