Tags: Behind the news 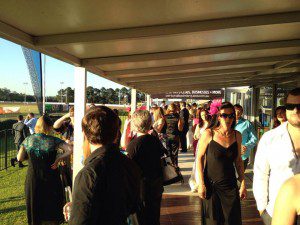 If you seek a second opinion it’s because the first opinion from a doctor was about something fairly serious, generally speaking. Life and death, mostly, we submit, dear readers. But we couldn’t get this idea through to Councillor Clinton Mead after Campbelltown Council’s meeting last Tuesday, when he and Councillor George Greiss argued that asking for another report was tantamount to going to another doctor for a second opinion. They both thought it was a fine analogy, so I guess we have to agree to disagree, lads.

Councillor Greiss seemed to be the role model for Cr Mead though at this council meeting. At one stage of the meeting we were startled to hear Cr Mead say: “I could be wrong.” Cr Greiss had uttered the same words just a few moments earlier, but maybe it was just one of those nights.

If you were silly enough to put any of your hard earned on IHIT THE GROUND RUNNING on the seventh at Tabcorp Menangle last week, we’re sorry: It finished stone, motherless last. We did $5, but after watching the race we may as well have thrown a $5 note into the nearest garbage bin.

Campbelltown Council knocked the idea on the head, but before it did Councillor Clinton Mead, who has just served 12 months as mayor, tried to argue that there were logical reasons why it should be considered. We have Macarthur rail station, Macarthur Square, and a few other Macarthur things, so why not have a suburb of Macarthur, he argued. But nobody was listening because nobody else was really interested in the idea.

Every week or so the reach of the South West Voice gets higher and higher, but even we were astonished at the success of the feature story on autism warrior Grace Fava. Just through our Facebook page more than 5,000 people read the story, and that’s less than 50 per cent of our overall readership. Humbled once again, we say: thank you – and Grace Fava, who is obviously a very popular lady. If you missed the story, here is the link to it: https://southwestvoice.com.au/autism-warrior-grace-fava-believes-world-can-made-change/

Next week’s Liverpool Council meeting will be a little more than a week after Gough Whitlam’s death but there will still be tributes read out during the course of the evening on Wednesday, October 29. Labor councillor Anne Stanley’s tribute will be published here in the South West Voice.

Special mention to Bernadette Hayes, better half of the former member for Werriwa, Chris Hayes, now of Fowler. Mr and Mrs Hayes had become very good friends with the Whitlams, Margaret and Gough, in recent years, so the passing of the former PM on Tuesday, just two years after Margaret, will have been especially felt in the Hayes household.

And if we could borrow a line from the late, great PM, it’s time we said goodbye for another week.

Why Gough Whitlam was my hero
Our history, our shame