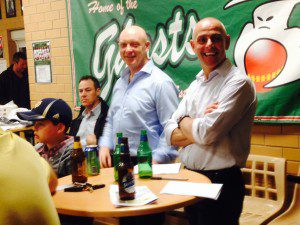 We  won’t know for sure for another week or two, but the fight to win preselection for the seat of Macquarie Fields is poised to get a little more interesting. A former Labor Party councillor and deputy mayor of Liverpool is strongly considering putting up his hand and has got feelers out about his chances. I mentioned this person’s name to elder party statesman in the south west and former MP Geoff Corrigan and he groaned. He’s a good bloke, Corro told me, but he’s got some issues and in this day and age, someone, somewhere, will bring it up.

The person in question has been cleared completely of any suggestion of impropriety, so it makes you wonder if it’s humanly possible for anyone to seek public office these days. Let’s face it, there aren’t too many saints among us. Back to Macquarie Fields, to be vacated at next March’s election by the good doctor, Andrew McDonald, who on the eve of turning 60 says he wants to spend more time with his family. South West Confidential’s radar though picked up a suggestion that a couple of weeks before the announcement, McDonald was encouraged to pull the pin, as it were, by a prominent member of the Labor Party in Macarthur.

As you will read elsewhere on the South West Voice website, Liverpool Council is pushing ahead with its $1 million plus “building a better city’’ plan after it was put to the vote at last night’s meeting. But after the meeting I put it to Councillor Tony Hadchiti that council had never voted to rip up the Macquarie Mall and reopen it to traffic. Tony is a terrific bloke, very honest, so he struggled to give me an answer, other than that the planning for this project “has been going on for more than a year, so we must have’ had a vote on it’’. When I rejected this, he said, oh well, we voted for it tonight.

Never mind his politics, Bryan Doyle is a very interesting bloke. The former top cop in Campbelltown who won the state seat as part of the Liberal Party landslide in 2011, told me a few weeks ago how he loves that part of the job which has him among average people. He was at it again last Tuesday night at the Campbelltown Camden Ghosts cricket club season launch, having a beer and a chat. Making his speech he couldn’t help himself, saying how cricket was for everyone, no matter what part of the world you come from. Even that Eric Kontos over there, the left arm Greek orthodox spinner from the South West Voice is into cricket, he added, pointing to me. I wanted to duck but there was nowhere to hide so just stood there as everyone in the room stared over at me. 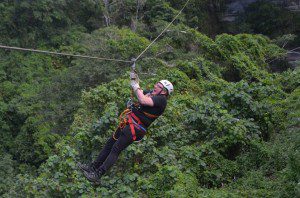 Steve Wisbey having some fun earlier this year

Talking about zany people, none come more zany than Steve Wisbey. Now the Wiz has been around the Macarthur region for what seems like forever – even longer than me I think – and he would be one of the most well know faces around the region. Now you will read a lot more about the Wiz in due course in the Voice, but here’s a quick story about his first jump out of a plane not too long ago in the USA: the chute doesn’t open, he thinks, well, that’s it, I will now die. The first thing, though, he says, your life does not flash before your eyes, you’re too busy thinking about imminent death. Obviously he survived because he’s here to tell the tale, but there’s lots more where that one came from.

AT Liverpool Council meetings the media representatives sit so close to the councilors they could have a cup of tea and a quiet chat with them if they wanted. There’s five on the left, and the five councilors on the right. At Tuesday night’s meeting one chair was empty when proceedings got under way, but we clearly heard the mayor say there were no apologies. The vacant chair belonged to the former mayor, Wendy Waller, and just as we started thinking she hadn’t yet arrived, her distinctively strong voice came on, from the back of the auditorium. Straining our necks, the journos turned around to see Cr Waller at a desk that had been set up right up the back of the public gallery seating to save her having to walk down the many steps to the chamber, because she had just undergone an operation on her leg. Get well soon, Wendy.

More than 40 years experience in the news media, most of them as editor of local newspapers across the Sydney metro area, but a few years working as a sub-editor with the metros. Lots of awards, both as a reporter and editor, but says he values just as much Community Service Awards from Campbelltown City Council in 2004 and 2016. Took a voluntary redundancy in 2014 from Fairfax Community Newspapers after 21 years there. Loves the digital world, because ''there's no question it's the future''. Eric promises his hard hitting but fair approach won't change when he reports the news via cyber space.
View all posts by Eric Kontos
Everyone loves a parade, and Fisher’s Ghost is one of the best
New road accident rules from October 15