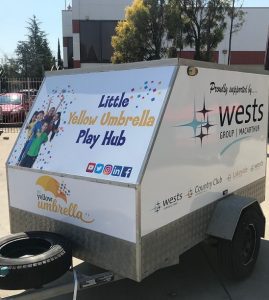 Hit the road: the Little Yellow Umbrella play hub trailer will be launched on November 1 at Wests Leagues Campbelltown.

These playgroups are a vital link for many families which have moved to the local area with no other family or support network.

They need to make connections in their new community and these playgroups provide this opportunity.

However, the massive residential growth in the Camden and Campbelltown areas and the influx of young families with children have stretched the capacity of Big Yellow Umbrella to keep up with the demand for their services.

The Little Yellow Umbrella Play Hub trailer will be officially launched and handed over on Thursday, November 1, at Wests Campbelltown from 10am.

Wests Group Macarthur are both donating the trailer and sponsoring the Play Hub to enable Big Yellow Umbrella to meet the challenge of increasing demand for their vital playgroup programs.

Edward Feuerstein, the general manager of Big Yellow Umbrella, was grateful to Wests Group Macarthur for their contribution.

“The support and sponsorship from Wests provides a community impact that changes lives by enabling Big Yellow Umbrella to meet the needs of local children and families in the Macarthur area,’’ Mr Feuerstein said.

“It enables us to deliver a sensory and motor skills model to our community based playgroups.’’

Wests CEO Tony Mathew said: “We are delighted to see this community partnership come to fruition.

“Big Yellow Umbrella do an amazing job of making connections with people in our community and servicing the needs of parents and young kids in our region.

“Wests want the young children of Macarthur to have the opportunity to learn and socialise in a fun environment.

“We can’t wait to see the play hub out and about in Macarthur,’’ Mr Mathew said. 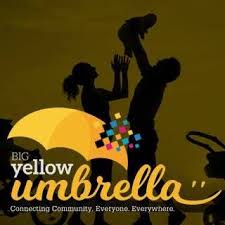 No value for money: audit into Moorebank Intermodal Company
Airport and infrastructure investment to give region prosperity boost