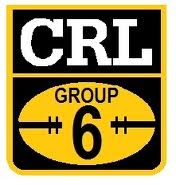 Mittagong is the first team through to the Group Six Rugby League Grand Final, after a solid win over Camden on Sunday afternoon at The Oaks.

Players had perfect conditions to play in, although rain during the week had softened the surface, making footing difficult for both sides.

The Lions opened the scoring through centre Justin Madden, and looked to be the first to adjust to the conditions at Dudley Chesham Oval.

A scare was sent through the Mittagong camp, when veteran front rower Robbie Payne came off with an arm injury after 12 minutes, and spent the best part of 20 minutes on the sideline before returning to the field, and finishing the match.

Matt Kay opened Camden’s account on 15 minutes, before Warwick Carter, who was a star for the Lions, responded with his first try of the day shortly after.

Rams half Chris Browne, and Kay’s second, added to Camden’s scoreline before the halftime break, giving the northern side a 16-10 halftime lead.

Nick Daly extended the lead for Camden after the resumption, but Carter struck back, giving the Lions supporters hope as they trailed 20-16.

The Lions continued their charge in the second half, with quick tries to fullback Jake Merceica, Madden, and Matt Thorpe, giving them a 32-20 win over a determined Rams outfit.

The win gives Mittagong the vital week off, while Camden has a second chance to reach the decider, ironically at Mittagong, next weekend, when they meet rivals Picton in the Preliminary Final.

Mittagong coach Scott Borg was delighted with the win on Sunday, but is relieved to be in the Grand Final.

Borg said Camden have “got no weaknesses in their team really, they’re hard to find a weakness’ and was pleased with the effort from his side, especially in support play.”

Borg praised Warwick Carter and Matt Thorpe as the best players for the Lions, and said the side will need next week’s break to freshen up before the decider in two weeks’ time.

Camden coach Mitch Newton was unavailable for comment after the game, but would have been pleased with the effort from his side, especially the forward pack, led by Ray Cashmere, and halfback Chris Browne, who were among the better players for the Rams.

The Picton Magpies have continued the fight for their footballing lives, after a comfortable 52-20 win over Narellan on Sunday afternoon in the Group Six Rugby League Minor Semi Final.

The Magpies were always in control of the match, against a Jets side who struggled to get into any rhythm during the game at The Oaks.

A healthy crowd watched the sudden death match, which saw the Narellan side jump out to an early 10-0 lead after 11 minutes, through tries to Cameron Graham and Rhys Lenarduzzi.

Rory Vale scored the first of his treble after 22 minutes to open the Magpies account, before the sides traded tries midway through the half.

The Magpies turned the switch on their attack, with three quick tries to Don Thompson, Jack Twist and Vale. The scoreline quickly blew out to 30-16 at halftime, and the game seemed beyond reach for Narellan.

A major concern for the Magpies, was an injury to captain Bryce Poisel, who dislocated his shoulder. Poisel didn’t return to the field, as a precaution, and is in some doubt for next week’s Preliminary Final.

Anthony Provost, and big forward Kenny Ahovelo scored shortly after the halftime break, extending the lead for Picton to 42-16 with the clock starting to be an issue for Narellan.

Rocky Trimarchi gave some hope to the vocal and small crowd of Narellan supporters, when he crossed to reduce the margin to 18 points, and 21 minutes on the clock.

The final nail was driven into the Narellan coffin however, when Michael Lett scooped on a loose Narellan ball, and ran away to score for Picton, extending their lead to 46-20, with 10 minutes remaining.

Rory Vale’s third try secured the win for Picton, and ended what would have been a very disappointing day for Jets supporters, following the 52-20 scoreline.

Picton coach Gary Dowse was a relieved man after the win, and said he was much happier with the effort from his team.

“It was a little bit ugly, but good to win, and good to win well,” he said.

Dowse admitted his side played football, and with regular matches in recent weeks, the team has some momentum heading into the Preliminary Final.

“”The forwards have got to do their job first, before the boys out the back can come away with the points, I think we did it well today.”

Dowse said the injury to Poisel is a concern, but he’s hopeful he will be fit for the Preliminary Final, with special praise for Alex Peters and Matt White as the best on field for the Magpies.