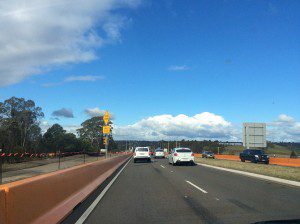 Labor Candidate for Campbelltown Greg Warren has announced that a Foley Labor Government will kick start the Spring Farm Link/Menangle Connection by providing $2 million in funding required for the feasibility study and scoping works on the project.

Labor’s commitment is in response to the growing congestion on Narellan Road and the Macarthur community’s campaign for a second intra-regional road connection between Campbelltown, Narellan and Camden.

The project investigation would examine the options to extend Liz Kernohan Drive to the M31 Hume Motorway, new north and south on/off ramps connecting the motorway to Menangle, and a link through to Appin.

The study would also be tasked with investigating the extension of the electrified train network to Menangle Park.

“It’s time to stop talking about Spring Farm Link/Menangle Connection and get to work on turning the much needed road link from a concept to reality,’’ Greg Warren said.

“The sooner we get the experts working on the project the sooner we will see the asphalt flowing.

“This is what we can achieve when we work together and fight hard for the infrastructure and services we deserve.

“A Labor Government will provide the $2 million in funding needed to get the road experts on the job and building the case for the construction of Spring Farm Link/Menangle Connection.’’

Shadow Minister for Roads Michael Daley backed up Mr Warren’s promise:  “The Liberals have had four years to make a start on the Spring Farm Link/Menangle Connection but all the people of Macarthur have gotten is empty promises of a possible future announcement.

“Greg Warren and the Macarthur community have made a strong case for the Spring Farm Link/Menangle Connection,’’ Mr Daley said.

“A Labor Government will fund the preliminary works needed to assess the feasibility, scope and full cost of the project.”

Carpe diem for a good cause
Lions, Ghosts in season finale defeats