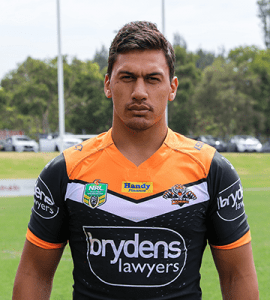 The return of Elijah Taylor will add a bit of starch to the Wests Tigers defence against Melbourne this Sunday at Leichhardt.

There are no surprises in Webster’s 21-man squad for this Sunday’s Round 4 home game against the Melbourne Storm at Leichhardt Oval.

Tigers fans will be interested to see how the players react to the coach’s sacking, especially with some commentators pointing the finger at them.

Elijah Taylor returns to the starting side at lock, while Matt Ballin looks set to make his return to the NRL as he moves into the 17 in place of Jack Littlejohn.

Jamal Idris has been named on the extended interchange bench after missing last weekend’s game against Canberra with a foot injury, joining Kyle Lovett, Junior Tatola and Kyle Lovett in the 21-man squad.

Lovett, Tatola and Hunt have also been named in the Club’s Intrust Super Premiership side to play Newtown on Saturday.

The Intrust Super Premiership side will also be boosted by the return of full-time squad members Jacob Liddle and Ryland Jacobs from injury.

Former Sydney Roosters and Manly-Warringah outside back Luke Garner will make his club debut in the centres for David Heath’s side to play the Jets.

In Holden Cup, Chris Hutchison’s side face an undefeated Melbourne side on Sunday as they look to bounce back from consecutive losses. 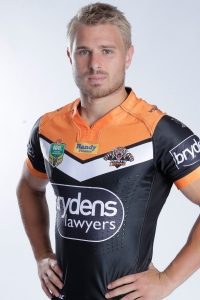 Matt McIlwrick has been solid in his three outings so far at hooker, especially defensively.