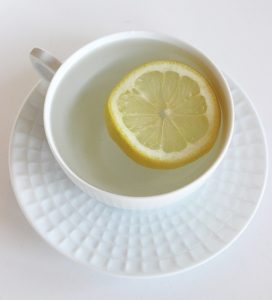 Try it: drinking hot water has many health benefits

Drinking hot water has been a practice of many Asian cultures for thousands of years and maybe you should give it a try, writes psychologist Margaret Lambert in her latest column.

It has been described as “Chinese penicillin” because of the exceptional medicinal value hot water is believed to have on a person’s health, particularly in relation to the performance of bodily functions.

Hot water is believed to assist in digestion, circulation and elimination. According to the Chinese, drinking plain hot water is one of the best things a person can do to maintain good health.

The absorption process in your body is similar to washing up dishes, where greater absorption occurs when hot water is used compared to cold water. When absorption in the body is improved, so too is digestion and circulation.

It is considered beneficial to drink hot water particularly in the event of colds, flu and sinus problems. The benefits of drinking hot water are summarised as follows:

Hot water (as in a cup of tea without the tea bag!) is beneficial at any time of the day but it is especially beneficial to take hot water with, or straight after meals.

It is common to be served chilled water at cafes and restaurants, especially in hot weather and in the tropics, and it can feel very refreshing to consume an ice-cold drink when feeling particularly hot from the external temperature or after working or exercising. However, cold water is constrictive and we may feel the internal “freeze’’ when we consume cold drinks or foods quickly. Our bodies feel the shock of the cold application on its normal warmer body temperature.

Thirst-quenching drinks should be taken at room temperature or standard tap water temperature, which is closer to normal body temperature than iced drinks.

Pastoralists agree that it is not advisable to give livestock iced water on account of potential digestive problems such as colic.  Despite it feeling so refreshing to sip on an icey-cold drink, it would seem that this advice would apply to humans as well!

It’s certainly worth giving the hot water a try – you might even find that you enjoy it too!