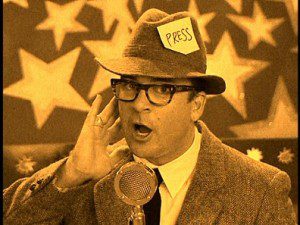 I didn’t know whether to laugh or cry when I read here that my old employers Fairfax Media were again taking the knife to the hard working journalists and photographers of our community newspapers.

The place was already decimated a little over a year ago when some of the best editorial people in their books were offered redundancies and naturally they accepted the company’s offer.

But never mind, there’s always spin to the rescue, with Fairfax insisting all this will make their newspapers better!

How will they be better when the few bodies left will do everything: interview, take the photos, write stories and headlines, edit their own stories, publish on their websites and finally save the story for next week’s paper!

I think that somehow their readers and advertisers will have something to say about that.

Me I’m just glad I got out before the rot really set in, but I never thought they would cut again, let alone so savagely.

It’s very, very sad for local newspapers which – with the exception of a five-ten year boom period – have always run on the smell of an oily rag.

The company management has got it wrong again, as it has so many times over the past 20-25 years.

Where they should be cutting is in their daily newspapers, which employ for example a cast of thousands to write on one sport, rugby league.

I love my league, but that is ridiculous and it’s no wonder so many of their stories are arguably little more than space fillers.

It’s probably the same in Melbourne with AFL coverage.

The end result of all of this dim witted management decision making will be to eventually abandon the field to Rupert Murdoch’s newspapers, daily and community.

One thing about Murdoch’s side: they have developed a plan to keep their local papers going and are sticking to it.

All Fairfax ever had were cuts, and when they weren’t enough, more cuts.

More than 40 years experience in the news media, most of them as editor of local newspapers across the Sydney metro area, but a few years working as a sub-editor with the metros. Lots of awards, both as a reporter and editor, but says he values just as much Community Service Awards from Campbelltown City Council in 2004 and 2016. Took a voluntary redundancy in 2014 from Fairfax Community Newspapers after 21 years there. Loves the digital world, because ''there's no question it's the future''. Eric promises his hard hitting but fair approach won't change when he reports the news via cyber space.
View all posts by Eric Kontos
Eagles round up the Bulls to celebrate NAIDOC Week
Record effort: Wally’s 500 games for Harlequins

One Response to Here is the news: more editorial cuts