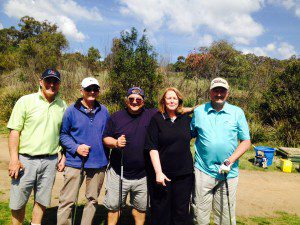 Ready to play: The Kids of Macarthur team and Denise McGrath at the Waminda Bakery charity golf day. The boys, from left, are: Peter McGrath, Lance Fleming, Eric Kontos and Steve Jackson.

The Waminda Bakery charity golf day raised a lot of “dough’ for the Kids of Macarthur Health Foundation.

Held earlier this month at Macarthur Grange Golf Club, the day attracted a large number of local business people keen to support the good work of Kids of Macarthur.

In addition to the four ball ambrose golf competition, the day included auctions and raffles.

The chief executive officer of Kids of Macarthur, Denise McGrath, was presented with the proceeds of the day last Thursday at Waminda Bakery’s new outlet at Minto Marketplace.

“I am really grateful to Waminda Bakery, this is a wonderful contribution to the Kids of Macarthur and the work that we do,’’ Ms McGrath said.

*Kids of Macarthur Health Foundation is a local children’s health charity established to raise funds to purchase paediatric medical equipment to enhance the level of health care offered to local children being treated at Campbelltown and Camden hospitals.

There is a variety of ways to assist the foundation in its work – by participating in any of its events or by donation of time or money. 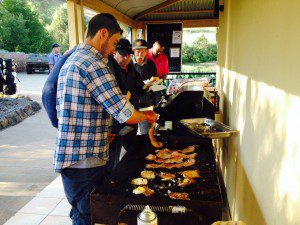