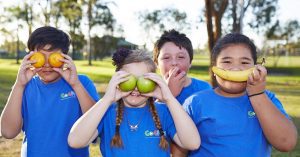 It’s fun and it produces results: Local kids who have tried Go4Fun love the program.

Looking for a way to get your family fitter and healthier but don’t know how to get started?

Get a taster in easy and practically-minded healthy lifestyle changes with the free 10 week Go4Fun program.

Run by NSW Health, the after school program will kick off for term one across the entire South West Sydney region at the end of January, providing a fun and engaging environment for both kids and their parents.

Go4Fun is for children aged 7 to 13 years and their parents, providing practical education in nutrition and diet with different activities and fun games each week.

This encourages children and their families to live a healthier and active life while having fun and making new friends.

“Since Go4Fun’s inception in Australia in 2013, we have had lots of positive feedback from families,’’ she said.

“Many of our children even ask if they can attend the program for longer,” Ms Litchfield said.

Only 29 per cent of Australian children have less than two hours of screen time per day, which is the sedentary behaviour screen time guideline, so Go4Fun encourages children to think outside the box of screens and media when it comes to having fun.

The program’s success lies in the use of engaging group teaching sessions that discuss adaptable and sustainable healthy changes children and families can make.

After the group sessions, parents take part in further healthy eating discussions with qualified nutrition leaders while the kids play a fun range of games and activities, including swimming sessions.

“As well as an all-round improvement in the child’s physical health, we see many of our kids leaving the program with improved self-esteem and confidence, mental health and sporting skills,” Ms Litchfield said. 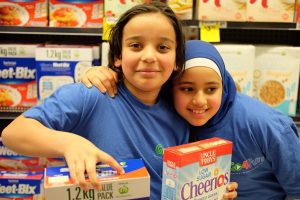 Go4Fun runs for 10 weeks during the school term at the following venues:

Western Sydney University graduates top of the pops
Just one national day has a thong throwing competition, ours