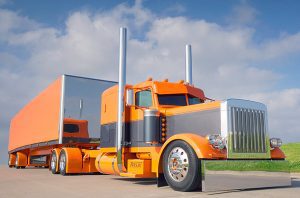 Keep on trucking, safely: funding applications for Round 4 of the Heavy Vehicle Safety Initiative (HVSI) program are now open

Funding applications for Round 4 of the Heavy Vehicle Safety Initiative (HVSI) program are now open giving the green light to submissions on projects which will save lives and reduce road trauma.

The HVSI program is supported by the federal government working with the National Heavy Vehicle Regulator (NHVR) to deliver pragmatic results.

The announcement of Round 4 opening was made by deputy prime minister and infrastructure, transport and regional development minister Michael McCormack as part of a journey driving in a truck loaded with wool bales.

He said $3.92 million was being invested into the HVSI program for projects which will identify risks and opportunities and to improve heavy vehicle safety throughout the nation.

The first two rounds saw $7.72 million invested in 18 projects and Round 3 was announced in August this year and delivered $3.89 million for 14 projects, selected from 38 applications.

“The Heavy Vehicle Safety Initiative is an important investment targeted at areas which can make a real difference when it comes to improving the safety of all road users,” Mr McCormack said.

“During 2017-18 there were 191 deaths involving heavy vehicles and buses across Australia which is unacceptable.

“Our aim is to reduce that number and while we accept there is still a long way to go to reach zero – particularly to reduce fatalities across rigid heavy vehicles – we are getting on with the job through programs such as the HVSI, which will make a real difference.

“In opening Round 4 of the HVSI, we’re inviting submissions on proposals which can drive real and meaningful change and can influence the way people view safety and behave on our roads.

“This may be a project utilising modern technologies, an education or awareness campaign, or the production of materials which increase safety awareness and compliance.

“This is an opportunity for all of our thought leaders and industry leaders and anyone else with initiative to submit their thoughts and ideas.”

NHVR CEO Sal Petroccitto said the Heavy Vehicle Safety Initiative program provided an opportunity for the regulator to work with other safety focused groups towards a common goal.

“We don’t pretend to have all the answers, which is why we are asking groups to harness their collective knowledge to develop implementable, value-for-money projects.

“Funding from the first three rounds of the HVSI Program is supporting a wide range of projects across the country, with $11.61 million so far invested in 33 projects.”

Applications for Round 4 funding are open until February 22, 2019.

Projects must be implementable, able to be commenced in the 2019-20 financial year and must be completed by June 30, 2022.

For more information or the submission guidelines visit www.nhvr.gov.au/hvsi

More than 40 years experience in the news media, most of them as editor of local newspapers across the Sydney metro area, but a few years working as a sub-editor with the metros. Lots of awards, both as a reporter and editor, but says he values just as much Community Service Awards from Campbelltown City Council in 2004 and 2016. Took a voluntary redundancy in 2014 from Fairfax Community Newspapers after 21 years there. Loves the digital world, because ''there's no question it's the future''. Eric promises his hard hitting but fair approach won't change when he reports the news via cyber space.
View all posts by Eric Kontos
It’s the season of giving, so dig deep everyone
Victor Chang science awards: our students excel in STEM