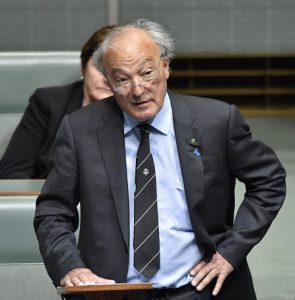 More than 10,000 people, or one in six workers, in Macarthur who work in the retail, food and accommodation industries will be affected by cuts to penalty rates which come into effect from this Sunday, says Dr Mike Freelander, the Labor member for the federal seat of Macarthur.

The cuts to penalty rates will continue on July 1 next year and again 12 months later on July 1, 2020.

Workers stand to lose up to $77 per week from cuts to penalty rates.

“Penalty rates are not a luxury, they are what pay the bills and put food on the table,” says Dr Freelander.

“Labor is completely opposed to any cuts to penalty rates for Australian workers.”

Dr Freelander said this week Labor introduced legislation in federal parliament that, if passed, would stop cuts to penalty rates.

He said Labor’s bill would restore penalty rates in awards and ensure they can never be cut again.

“Stopping the cuts to penalty rates would be easy if only Malcolm Turnbull and his Liberals dropped their disregard for workers, joined Labor and supported this bill,” he said.

“But they won’t, because they want Australian workers to get a pay cut.

“It’s staggering that at a time when wages growth has hit record lows, and in the week this government is trying to give business an $80 billion tax cut, Malcolm Turnbull is doing nothing to stop a pay cut for workers,” Dr Freelander said.

“This government has had eight opportunities in the parliament to protect penalty rates and they have voted against protecting them every time.

“Turnbull’s position is a slap in the face for low paid workers, who this weekend, on July 1 will have their penalty rates cut again.

“This time the cuts will be even deeper,” he said.

More than 40 years experience in the news media, most of them as editor of local newspapers across the Sydney metro area, but a few years working as a sub-editor with the metros. Lots of awards, both as a reporter and editor, but says he values just as much Community Service Awards from Campbelltown City Council in 2004 and 2016. Took a voluntary redundancy in 2014 from Fairfax Community Newspapers after 21 years there. Loves the digital world, because ''there's no question it's the future''. Eric promises his hard hitting but fair approach won't change when he reports the news via cyber space.
View all posts by Eric Kontos
Telehealth virtual home visits on the way
Movies to swimming classes put fun in winter school holidays