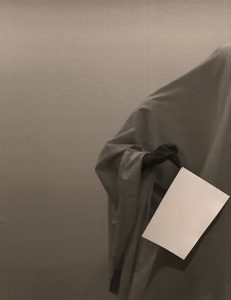 This has been a recurring motif across his varying practices, transforming in different contexts from emails, to paper, Word.Doc, google.doc, to film, to a white bed sheet for the Sydney artist’s ghost improvisations.

“Brian’s work is considered and compelling and a fantastic extension of his performative Ghost series,’’ said one of the judges,’’ Mikala Tai.

“From a very competitive field his work was a standout and I look forward to seeing how this direction of his practice evolves.”

Tony Albert and Fiona Davies were the other two judges on this year’s panel.

“Care Disfigurements (Soft Hands) is a bracket of my ghost structured-improvisations loosely centred around multiple contexts of care,” the artist said after being named this year’s Open winner.

“We received entries from artists far and wide and it’s wonderful to see such a fantastic display of works from a diverse range of artistic practices,’’ he said.

“Congratulations to the Open Award winner, Brian Fuata and all the category winners.

“I look forward to seeing these artists continue to support the Fisher’s Ghost Art Award and the development of their practice.”

The 2018 Fisher’s Ghost Art Award exhibition continues until December 13 in the arts centre. Entry is free. 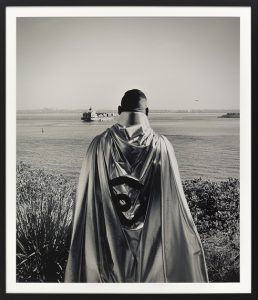 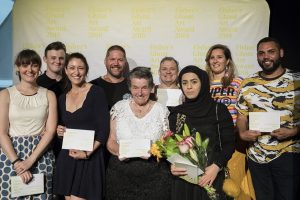 More than 40 years experience in the news media, most of them as editor of local newspapers across the Sydney metro area, but a few years working as a sub-editor with the metros. Lots of awards, both as a reporter and editor, but says he values just as much Community Service Awards from Campbelltown City Council in 2004 and 2016. Took a voluntary redundancy in 2014 from Fairfax Community Newspapers after 21 years there. Loves the digital world, because ''there's no question it's the future''. Eric promises his hard hitting but fair approach won't change when he reports the news via cyber space.
View all posts by Eric Kontos
Victor Chang science awards: our students excel in STEM
Leaders of tomorrow visit the ‘bear pit’