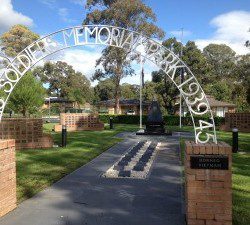 The Ingleburn Soldiers’ Memorial Park will host a dawn service this Anzac Day.

There will be three main local dawn services across Macarthur and Liverpool on Anzac Day this Saturday, April 25.

They will start at 5.30 and will be in the Bigge Park war memorial in Liverpool, Ingleburn RSL club’s Soldiers’ Memorial Park and at Mawson Park in Campbelltown.

In Liverpool the Anzac Day march occurs straight after the dawn service, and is from Bigge Park to Liverpool RSL John Edmondson Club in George Street.

A march is also held in Campbelltown following the dawn service.

On the 100th anniversary of Anzac Day, local military historian Gary Lucas has put together a list of war memorials in the Liverpool local government area. They include: 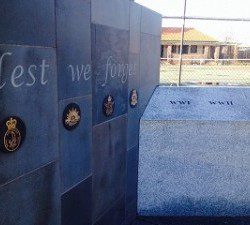 WWI Boyland and Kirkpatrick Memorial Stones, 15th Ave West Hoxton. There are up to 20 other memorial stones issued by the former Nepean Shire for WWI; 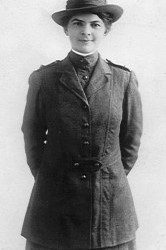 Clara Morehead, one of two sister nurses from Luddenham who served from Egypt during WWI. This picture is at the Luddenham Church. Nurse Morehead left for service November 1917 to be attached to the Australian Camp and served near the frontline at the Suez. She returned home April 1919 after 19 months service.

WWI Ingleburn Honour Roll. Was once in the Liverpool LGA. Now at Ingleburn RSL

More than 40 years experience in the news media, most of them as editor of local newspapers across the Sydney metro area, but a few years working as a sub-editor with the metros. Lots of awards, both as a reporter and editor, but says he values just as much Community Service Awards from Campbelltown City Council in 2004 and 2016. Took a voluntary redundancy in 2014 from Fairfax Community Newspapers after 21 years there. Loves the digital world, because ''there's no question it's the future''. Eric promises his hard hitting but fair approach won't change when he reports the news via cyber space.
View all posts by Eric Kontos
Our 31 heroes of Gallipoli deserve a memorial
On Anzac Day centenary we will remember these brave young men