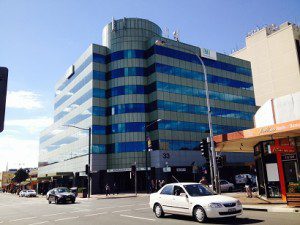 Liverpool City Council employees will stop work for an hour at 10am on Wednesday to highlight their concerns over a proposal to outsource the management of council services to a private operator — the first time that would have occurred at a NSW council.

The stopwork meeting will be held in Bigge Park, a stone’s throw from council administration centre in Moore Street.

According to the United Services Union (USU), which represents local government workers, the “service delivery partnership’’, to be voted on by councillors on March 25, would see Queensland based Propel Partnerships take over the management of Liverpool City Council’s customer services, with a plan to ultimately take work from other Sydney councils.

The council was using the NSW Government’s Fit for the Future local government reform process as cover to replace highly-experienced local workers with a private service provider, says the USU.

“Local workers from Liverpool City Council are extremely concerned not only by this proposal, but the secretive process through which it is being implemented,” USU organiser Sandie Morthen said.

“They have serious concerns that in the long term this arrangement will see the loss of local jobs, reductions to the pay and conditions or remaining staff, and provide a launching pad for this private operator to cannibalise work from surrounding local government areas.

“This one hour work stoppage is about bringing together the entire council workforce and highlighting their concerns.’’

The USU said it was also taking the matter to the NSW Industrial Relations Commission, alleging that Liverpool City Council had breached the local government award.

• Liverpool Council has been asked to comment on the union claims, but had not done so by the time of publication. Once they have, the South West Voice will add their comments to this story.

More than 40 years experience in the news media, most of them as editor of local newspapers across the Sydney metro area, but a few years working as a sub-editor with the metros. Lots of awards, both as a reporter and editor, but says he values just as much Community Service Awards from Campbelltown City Council in 2004 and 2016. Took a voluntary redundancy in 2014 from Fairfax Community Newspapers after 21 years there. Loves the digital world, because ''there's no question it's the future''. Eric promises his hard hitting but fair approach won't change when he reports the news via cyber space.
View all posts by Eric Kontos
Sydney United 58 win pre-season crown
Labor’s Greg Warren has finger on the pulse