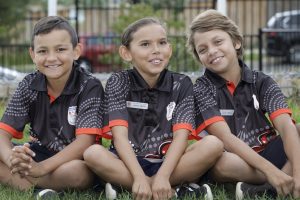 The Aboriginal Got It! Program, launched last Friday, will be delivered in pre-schools and schools across South Western Sydney with Aboriginal children and their families to promote positive social and emotional well-being and prevent mental health issues later in life.

One of South Western Sydney Local Health District’s key priorities is Closing the Gap on health outcomes and life expectancy for Aboriginal communities.

The District is home to one of the largest Aboriginal populations in metropolitan Sydney and there are numerous culturally appropriate programs to improve health outcomes.

Director of Aboriginal Health, Nathan Jones, said the District worked hand-in-hand with local communities and Aboriginal organisations to ensure that services were accessible and responsive to the needs of the community.

“Closing the Gap is about adapting the way we deliver health services to meet the specific needs of Aboriginal communities and engaging the community in that adaptation process,” he said.

Mr Jones said the District employed Aboriginal Health Workers and other health professionals across the region and in a range of program areas.

The District marked Closing the Gap Day on Friday, March 16 with an event launching a new service, the Aboriginal Got It! program.

The program will be delivered in pre-schools and schools across South Western Sydney with Aboriginal children and their families to promote positive social and emotional well-being and prevent mental health issues later in life.

“The program aims to build on the strengths of Aboriginal culture, family and their identity and connection to the community to promote positive social and emotional wellbeing,” Mr Jones said.

“The program is a partnership between NSW Health, the Department of Education and Tharawal Aboriginal Medical Service.”

The NSW Government has committed more than $600,000 over the next four years for a trial of the program in South Western Sydney Local Health District before it will be rolled out across the state.

Bowral & District Hospital will host a Closing the Gap Day event tomorrow, March 20 to highlight new services available for the Aboriginal community in the Wingecarribee area. 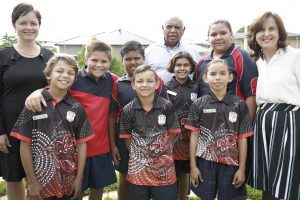