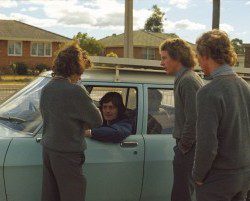 Two scenes from the 1973 Peter Weir film Whatever Happened to Green Valley, which will be screened next Thursday at the Miller Community Centre.

Residents of Green Valley and Liverpool are invited to a free film screening and barbecue this coming Thursday, April 30 at the Miller Community Centre.

The 1973 Peter Weir film Whatever Happened to Green Valley will be showing at 4pm sharp with a Q&A session afterward.

Director Peter Weir went on to make some iconic Australian movies, including Gallipoli with Mel Gibson.

Whatever Happened to Green Valley provides a good historical account and insight into community life, needs and opportunities and shows how life has changed since 1973.

The film and post-screening discussion will focus on community strengths, social inclusion, community pride and addressing the stigma associated with the area.

This event is hosted by Community STaR (Service for Training & Research) in partnership with the 2168 Resident Action Group, the Community 2168 Project and the 2168 Food for Life Market. 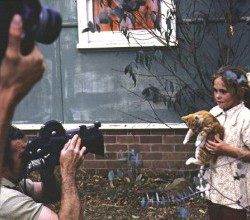 WHAT: Whatever Happened to Green Valley;

WHERE: Miller Community Centre, Miller Square (opposite the HUB).

More than 40 years experience in the news media, most of them as editor of local newspapers across the Sydney metro area, but a few years working as a sub-editor with the metros. Lots of awards, both as a reporter and editor, but says he values just as much Community Service Awards from Campbelltown City Council in 2004 and 2016. Took a voluntary redundancy in 2014 from Fairfax Community Newspapers after 21 years there. Loves the digital world, because ''there's no question it's the future''. Eric promises his hard hitting but fair approach won't change when he reports the news via cyber space.
View all posts by Eric Kontos
Record turnout at Ingleburn dawn service
Fowler students use arts to share Anzac views