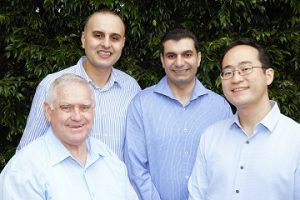 Campbelltown is a place of opportunity and we should do everything we can to make sure it stays that way, according to the Liberal Party’s leading candidate for the September 10 election.

“What I love most about Campbelltown is the opportunity,’’ says Councillor George Greiss.

“Campbelltown has opportunities and a lot of people come to Campbelltown because they had an opportunity to buy a house which they couldn’t afford in another place in Sydney.

“I want to make sure that it continues to be a place of opportunity into the future, both for new people moving here but also for existing residents,’’ Cr Greiss says.

Everyone knows Campbelltown has been earmarked by the State Government as a place of unprecedented growth between now and 2030 and beyond.

Cr Greiss says instead of fighting it we should use growth to our advantage.

“Change is coming, there’s no way around it,’’ he says.

“We want to build on the good things we’ve got, make sure our natural environment is protected.

“But we want to make sure people have access to it and that it’s there for everybody to use.

“I am very positive about the future of Campbelltown.

“I think we can take Campbelltown to being one of the best cities in the country.

“Or we can sit back and let it deteriorate when growth goes on uncontrolled.

“I do support growth, it’s like life, everything’s got to grow, but I am not in favour of any growth, I want controlled growth, I want sustainable growth.

“I am optimistic, I think we’re going to get there,’’ Cr Greiss says. 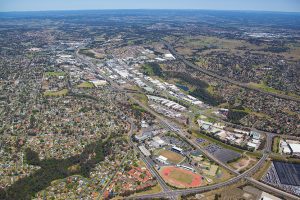 The State Government wants massive housing growth from south Campbelltown all the way to Wilton.

He concedes that growth can put pressure on roads and other existing infrastructure, as well as services.

“The traffic issue, it’s not so much in Campbelltown, it’s getting in and out Campbelltown where a lot of the problems are,’’ he says.

“One of the things I really want to achieve is a situation where people don’t have to leave Campbelltown and if we can do that we will have less pressure on roads infrastructure and even on rail infrastructure.

“If we can create employment here then we don’t have to have all the people who drive or get the train to jobs outside the area.’’

As part of their election platform, the Campbelltown Liberals are promising a four year rates freeze, eight general garbage collections a year instead of four and three super parks.

Unsurprisingly, their Labor opponents are saying: “Show me the money, George.’’

“I was there when the rates were raised and I make no apologies for that – we needed to put the rates up, we were behind in infrastructure,’’ responds Cr Greiss.

“I moved the amendment that the extra eight per cent all goes to infrastructure, it doesn’t get used for any operations.

“We had a huge backlog of infrastructure, now we are moving in the right track, so it’s time to give the people some relief,’’ he says of the promised rates freeze.

On super parks, Cr Greiss says the Liberals will have a budget for that, but it’s not going to happen in the first year.

Plus, he points out, Campbelltown has other sources of income in addition to rates, so some of that money will be invested in community infrastructure like super parks.

“You have a variety of play equipment, plus a free barbecue area, so the idea is to get the family out there on a Saturday, create community harmony and gives the kids something to do,’’ he says.

“It’s good that local people will interact together in these parks and it will add to the value of life in a community.

“I think super parks are a great idea.’’

Cr Greiss says it would not necessarily cost council much to offer eight garbage collections a year to those who may want to use the service.

“I’d rather someone being able to get a fifth or sixth collection than dumping their rubbish somewhere,’’ he says.

One area where the Liberal and Labor Parties are on common ground is in dismissing calls for “no party politics on council’’.

“If you get 15 people who are not aligned with each other it makes negotiation very hard, it makes decisions very hard as well, and you need eight people to agree [for a majority].

“What’s worse is the uncertainty, and this is one of the issues you have when you have a lot of independents,’’ says Cr Greiss.

“You can always count on the Labor Party and the Liberal Party to do certain things, but as an independent, unless you know them personally it’s very hard because you don’t know how they’re going to react to certain things because they’re not bound by party politics

“And in a big council like ours looking after 150,000 people you need the stability of the major parties.’’

At the 2012 election the Liberals won four councillor positions.

The top four on their 2016 ticket are Cr Greiss at number one followed by Cr Ted Rowell, Ralph George and John Chew.

“John Chew is a local from Macarthur Gardens, he has been around for a while and is very passionate about our area. Ralph is also a local, has two children and is a detective-sergeant in the police force,’’ Cr Greiss says of his running mates further down the ticket. 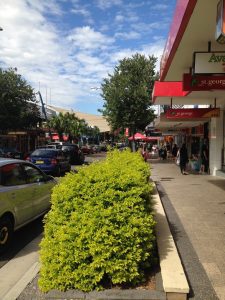 Fixing up Queen Street and the Ingleburn CBD should be part of a bigger picrture, according to the Liberals.

When it comes to the perennial question of how we revive our main street, Cr Greiss says it should be part of a bigger picture – getting the entire city right.

“We can’t fix Queen Street by itself,’’ he says.

“We have to have a city that’s functional, where people want to go out and have coffee, go out and use the entertainment facilities, the restaurants and cafes.

“So we need to rethink about the entire city of Campbelltown.

“The CBD needs to get more employment in it, more residential in it, the things we on council have been pushing for,’’ Cr Greiss says.

“Council can spend millions of dollars making it a nice strip but without people the business will struggle.

“And that’s why we’re promising to bring in free wi-fi for Queen Street and the Ingleburn CBD, to entice young people, students, to spend more time there.

“We’re going to have a lovely Queen Street and Ingleburn CBD, and hopefully I can contribute to that,’’ Cr Greiss says.

Another perennial issue in Campbelltown is how to entice the Wests Tigers to be based here fulltime and playing most of their NRL home games at the magnificent Campbelltown Stadium.

“That would be a great achievement for Campbelltown – I’d love to see them play all their games here,’’ Cr Greiss says.

“NRL games bring money into the area, no doubt about it, it’s good for the local economy.

“So I would have no problem with a recommendation from someone saying it will cost us X to increase the number of games.

“As to how we’re going to do it I couldn’t tell you, that’s why we have the General Manager and the director of sport.’’