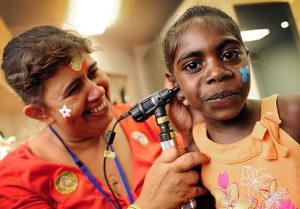 Aboriginal health is improving in south west Sydney, but there’s still a way to go to completely close the gap.

According to the Close the Gap report card, local Aboriginal people are twice as likely to be hospitalised for endocrine diseases and four times as likely for renal dialysis.

But there has been some progress in the south west region.

Especially since the introduction six years ago of the Integrated Team Care (ITC) program which improves access to chronic disease services for Aboriginal and Torres Strait Islander people.

“While the growth in our services is encouraging, there’s still work to be done,’’ he said in the wake of the allocation of an additional $1.2 million for ITC.

Mr Jones said the program was aimed at addressing the disparities in health care.

“The funding boost has enabled us to hire three additional care coordinators, Aboriginal health workers and a service manager to ensure our staff can continue to identify and share best practice in meeting the needs of Aboriginal people with chronic diseases,” Mr Jones said.

The ITC program has been delivered across the region since 2011 by South Western Sydney Primary Health Network (PHN), which will now support the SWSLHD Aboriginal Chronic Care team in continuing to improve services for Aboriginal families and communities.

“The ITC program is a fantastic initiative and we are proud to have the opportunity to fund the program and support the local health district in continuing to deliver effective health solutions for Aboriginal and Torres Strait Islander people,” Mr Pennock said.

Justin Duggan, the SWSLHD general manager of primary and community health, said that the initiatives are working and positive change is happening but there’s still a long way to go.

“However we would like to see it decrease even further,” Mr Duggan said. 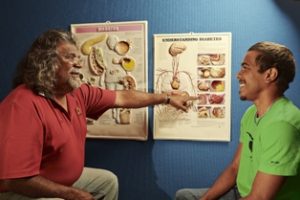 The battle to close the health gap in south west Sydney has just received a $1.2 million boost.

More than 40 years experience in the news media, most of them as editor of local newspapers across the Sydney metro area, but a few years working as a sub-editor with the metros. Lots of awards, both as a reporter and editor, but says he values just as much Community Service Awards from Campbelltown City Council in 2004 and 2016. Took a voluntary redundancy in 2014 from Fairfax Community Newspapers after 21 years there. Loves the digital world, because ''there's no question it's the future''. Eric promises his hard hitting but fair approach won't change when he reports the news via cyber space.
View all posts by Eric Kontos
More than 200 house fires a year: time to teach kids survival skills
Don’t forget to pack holiday travel consent for the kids