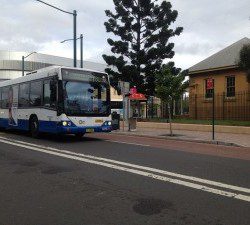 On the bus to Parramatta: boost to the number of services

An extra 133 services a week have been added to the timetable of the Parramatta to Liverpool T80 bus service.

“The T80 service is a great connector service for residents from the South West suburbs like Miller, Hinchinbrook, Busby and Bonnyrigg to travel to and from the Liverpool CBD,” says the Member for Holsworthy Melanie Gibbons.

The boost to the T80 is part of a large increase in bus services in western Sydney.

This has taken the number of extra services introduced by the NSW Government to more than 12,800.

“More services means more options for local commuters who rely on public transport to get around,” Ms Gibbons said.

NSW Minister for Transport and Infrastructure Andrew Constance said the boost to bus services is due to a multi-million dollar investment enabling the roll out of new accessible buses that “will improve customer experience’’.

More than 40 years experience in the news media, most of them as editor of local newspapers across the Sydney metro area, but a few years working as a sub-editor with the metros. Lots of awards, both as a reporter and editor, but says he values just as much Community Service Awards from Campbelltown City Council in 2004 and 2016. Took a voluntary redundancy in 2014 from Fairfax Community Newspapers after 21 years there. Loves the digital world, because ''there's no question it's the future''. Eric promises his hard hitting but fair approach won't change when he reports the news via cyber space.
View all posts by Eric Kontos
Liverpool green light on urban renewal plan for waterfront land
Tribute to all the girls and women playing soccer