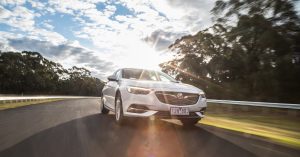 A new law is on the way which will help maintain and improve vehicle safety while expanding consumer choice and reducing red tape across Australia.

The proposed legislation, the Road Vehicle Standards Bills, will be debated in the House of Representatives in coming weeks, says Paul Fletcher, infrastructure and cities minister.

It follows a report by the Senate Rural and Regional Affairs and Transport Legislation Committee recommending that the Bills be passed.

Mr Fletcher says this legislative package is the most important set of changes to the Australian Government’s regulation of motor vehicles in almost three decades, replacing the existing Motor Vehicle Standards Act.

The Turnbull Government released exposure drafts of the legislation, including the supporting Rules, in December last year.

More than 340 stakeholders participated in consultation workshops around the country during January and February, and the Government received 85 formal submissions.

The government will make minor refinements to the Rules to respond to feedback during the consultation process, including:

“While these changes will provide additional choice to those wishing to purchase a specialist or enthusiast vehicle, we have ruled out any increase in the general importation of used vehicles,’’ Mr Fletcher said.

“This position, which was clearly stated in the Turnbull Government’s response to the recommendations of both the Productivity Commission in 2014 and the Harper Competition Review in 2015, is based on potential safety concerns and difficulty in ascertaining the vehicle’s provenance.’’

Details on the refinements to be made to the draft Rules following public consultation can be found at infrastructure.gov.au/vehicles/mv_standards_act/

More than 40 years experience in the news media, most of them as editor of local newspapers across the Sydney metro area, but a few years working as a sub-editor with the metros. Lots of awards, both as a reporter and editor, but says he values just as much Community Service Awards from Campbelltown City Council in 2004 and 2016. Took a voluntary redundancy in 2014 from Fairfax Community Newspapers after 21 years there. Loves the digital world, because ''there's no question it's the future''. Eric promises his hard hitting but fair approach won't change when he reports the news via cyber space.
View all posts by Eric Kontos
New state strategy slammed for ignoring needs of Campbelltown koalas
Wests Tigers formalise partnership with Group 6 rugby league