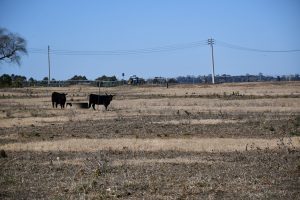 Doing it tough: a recent photo of a cattle farm in the Macarhur region.

Narellan Rotary has done it again.

This time the Macarthur region service club with a reputation for raising huge sums of money for good causes has gone into bat for local dairy farmers.

A month after setting up a drought relief fund, Narellan Rotary has raised an incredible $250,000 without holding a single fundraiser.

Next Monday it will hold a special ceremony to share the money among all 11 local dairy farmers doing it tough because of the drought.

Marty Magro, the current president of the Rotary Club of Narellan, says every farmer will get an equal share of the money raised.

As to how Narellan Rotary raised so much money in such short time, Mr Magro said it’s simple: “once we set up the drought relief fund, Narellan Rotary kicked in $10,000 to get the ball rolling.

“Then our members approached business people in the community and asked them to make a contribution.

“We have some big companies in Macarthur which are very generous when it comes to worthy causes like this, to help local farmers,’’ he said. 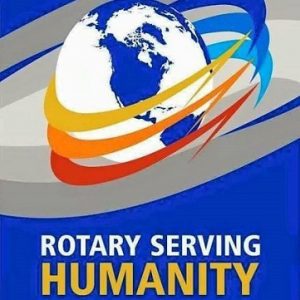 Indeed Narellan Rotary was overwhelmed by the support its drought relief fund received.

The Fairfax Trust also chipped $10,000, as did Meriton Group, Stockland, JK Williams and the Flannery Foundation, while Freedom Foods  donated $5,000.

Mr Magro said “dozens and dozens’’ of small businesses and individuals in the Macarthur area also made donations.

The cheque presentations to the dairy farmers in the Macarthur area will take place from 11am on Monday, September 17 at the Rotary monument near Narellan town centre.

Mr Magro said the club would be accepting donations – big and small – until then.

More than 40 years experience in the news media, most of them as editor of local newspapers across the Sydney metro area, but a few years working as a sub-editor with the metros. Lots of awards, both as a reporter and editor, but says he values just as much Community Service Awards from Campbelltown City Council in 2004 and 2016. Took a voluntary redundancy in 2014 from Fairfax Community Newspapers after 21 years there. Loves the digital world, because ''there's no question it's the future''. Eric promises his hard hitting but fair approach won't change when he reports the news via cyber space.
View all posts by Eric Kontos
Men, don’t be shy, says prostate cancer specialist nurse
Miranda Devine says women better at bullying than men