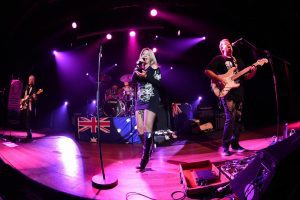 An incredible tribute to Aussie music stars: Dead Singer Band during a performance of Lost Legends Showcase in a Sydney club.

The hugely popular homage to Australian music, Lost Legends Showcase by the Dead Singer Band, is coming to Macarthur.

There’s his brother Denny Burgess, who also played in Masters Apprentices as bass player, and was lead singer of The Throb, whose hit Fortune Teller outsold the Rolling Stones.

Many in Macarthur, especially Campbelltown, will also remember Denny Burgess as a massive fan of Western Suburbs Magpies, including his involvement in the battle to save the club from extinction in the late 1990s. He is currently a Wests Tigers board member.

The Burgess brothers are joined in Dead Singer Band by multi-instrumentalist Roger Faynes, from Koo De Tah and the Stevie Wright Band, and stunning country singer Vanessa Lea, who can lend her pitch-perfect voice to any song.

These musos were band-mates and friends of a prime selection of Australia’s singing icons, and their rockumentary, Lost Legends Showcase, honours these stars.

A personal experience for audience and band members alike, the Dead Singer Band’s Lost Legends Showcase reveals true insights and previously untold stories about Aussie rock and pop singing legends, many of whom had been close friends or played with these band members. 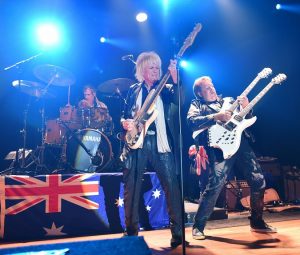 It all started on the day three former Masters Apprentices band members attended the funeral of the group’s legendary lead singer, Jim Keays.

Their grief and respect, expressed through combined tales and fond reminiscences, resulted in a new concept.

These veteran musos had a collection of very personal and completely fresh stories to tell about a host of iconic Aussie singers.

For example, Colin was Bon Scott’s room-mate on tour when he was the drummer for AC/DC.

So after the wake, the work began when Vanessa Lea was recruited to complete a great band, affectionately known as Dead Singer Band.

Stories and footage were painstakingly collected and collated, incorporating memories from family members and industry pros like Glenn A Baker.

What emerged is a huge one-of-a-kind production that includes an AV show and personal recollections, as well as over two and a half hours of cracking live music, delivered across two sets.

The close-up and personal recollections are what makes Lost Legends Showcase different.

Following a recent successful tour of Queensland, Dead Singer Band are back and one of their first shows since returning is this Friday night from 8pm at Wests Leagues club Leumeah.

If you’d like to attend this great show visit the Dead Singer Band Facebook page for more details and tickets.