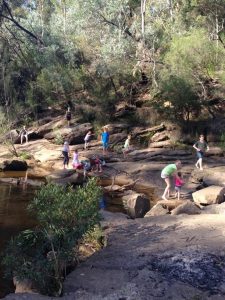 Macarthur home school children and their parents out and about in the “classroom”: Ingleburn weir.

In 1990 just 250 children were registered with the NSW Board of Studies for home schooling.

But in the past two years home schooling has really taken off with registrations increasing by 18 percent in 2015 and 34 percent in 2016.

In 2016 there were more than 4,000 students registered for home schooling in this state, according to figures provided by the NSW Education Standards Authority (NESA).

And almost a third of them are right here in Western Sydney, including the Macarthur region.

Western Sydney on the other hand had the bulk of the state’s home schooling registrations at just under 31 percent. The rest are spread in regional areas of NSW.

The NSW Education Standards Authority’s census in 2016 found that 24.63 percent of parents chose home school for philosophical reasons, 20.90 percent for special learning needs, 8.21 percent for religious reasons and 0.50 percent over bullying. Almost 24 per cent of respondents ticked the “other’’ option, while 21.81 per cent did not respond to the survey.

There’s no denying that home schooling registrations are still a drop in the ocean compared to the 790,000 students enrolled in NSW primary and high schools for 2016.

But at the same time there is a definite trend to home schooling for more and more parents.

Some of them live right here in South West Sydney and Macarthur, in suburbs as diverse as Currans Hill, Liverpool, Campbelltown and Kentlyn.

One group of local home schoolers is Macarthur Homeschooling Families, which meets weekly at various locations in South West Sydney, so that the children can enjoy time with their peers, while the parents share their home schooling triumphs and challenges.

The group also coordinates a weekly gymnastics class and joins with other home school groups for excursions and activities throughout the year. 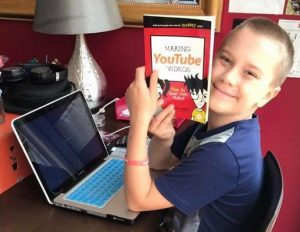 The South West Voice recently sat down with some members of Macarthur Homeschooling Families to discuss their decision to educate their children from home.

[We have used first names only to protect their privacy and that of their children.]

One of the threads to emerge was dissatisfaction with the school system and a feeling that the rigid structure and a focus on tests extinguishes a natural love of learning.

Kate, from Campbelltown, told the Voice that she wants her boys to focus on building knowledge, rather than memorising what is needed to pass tests.

“In a world where it is unclear what skills our children will need in the future, I want them to know how to go about obtaining knowledge as opposed to being told what knowledge they must have,’’ Kate said.

Jenni, from Rosemeadow, who home schools her son, and also plans to home school her younger children, disagrees with the stringent testing and conformity that is expected in schools.

“We don’t want our children to lose their love of learning,’’ Jenni said.

“We would prefer them to learn things that they are deeply interested in, rather than what they ‘should’ know.’’

Another local home schooling mum, Heather, from Tahmoor, said: “I’m often asked how my children will be prepared for the real world – but the real world is nothing like school, where children are required to learn in a highly structured environment, grouped by age.

“Home schooled children interact with the real world every day, out in the community,” Heather said. 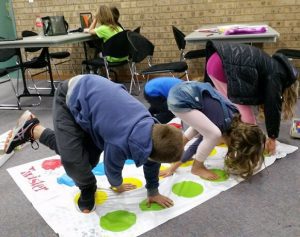 Some of the parents in the Macarthur group turned to home schooling because they felt that traditional schooling was not adequately equipped to provide for children with different needs.

They said that for those whose children have special needs or disabilities, home schooling provides them with the opportunity to provide one on one education, working at the pace of their individual child, away from a high pressure environment.

Other parents made the decision to home school after their children experienced bullying or anxiety at school.

One local mum spoke of the extreme bullying her daughter suffered at school, which left her withdrawn and isolated and left her family concerned for her mental health.

“Since starting home schooling, my daughter is her old self again and is able to focus on her studies and enjoy spending time with friends in a low pressure and non-judgemental environment,’’ she said.

Another local mum said that she withdrew her daughter from school after she began suffering anxiety.

Her daughter is doing well now that she has the freedom to take her time with her learning and follow her interests.

A common perception encountered by families is that home schooled kids don’t get a chance to socialise with other children. 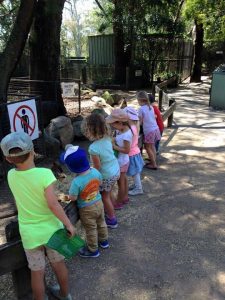 This was dismissed as being far from the truth, with parents who spoke to us pointing to the abundance of social meet-ups, excursions, camps and other activities.

The parents also expressed concerns about some aspects of the socialising that takes place in schools – such as the values children absorb in the school environment, and need for conformity with their same age peers.

Colleen, who is from outside the Macarthur area, but regularly meets with the local group, home schools her son and said that through home schooling he has developed relationships not just with his peers but with their families.

“Compared to the dynamics of peer groups in school, there is a greater capacity for a richness of relationships in an environment where families are coming together and where it is common for children of all ages and abilities to play together happily,’’ Colleen said.

“In this environment, the older children often help to look after the younger ones, and the mixed age groups mean there is more cooperation and less competitiveness.’’

If you’d like to know more, visit the home schooling section of the NSW Education Standards Authority (NESA) website.

View all posts by
Know what happened to Tracey Valesini? There’s $100,000 reward for information
MP says DA for Hurlstone means demise of our historic school