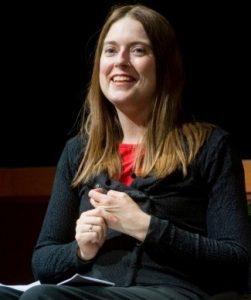 Do you want to hear how to become resilient in business and life from someone who’s done it the hard way?

That person is Stacey Copas, the guest speaker at the next general meeting of the Greater Narellan chamber of commerce on Wednesday, October 12.

Stacey has not let a devastating accident that left her a quadriplegic and dependent on a wheelchair at 12 years old slow her down.

Instead she has used her life experience and personal philosophies to become one of Australia’s top keynote speakers and facilitators on resilience and turning adversity into an asset.

Her first book, How To Be Resilient, was endorsed by Brian Tracy, Layne Beachley and Jack Delosa, and has been featured by Financial Review, ABC radio and The Australian.

The book will be available for purchase and signing on the night.

Stacey will share how a positive and proactive approach to adversity and change can be a competitive advantage in business and life.

The 6pm for 6.30 meeting on October 12 will be held in the Harrington Grove Country Club.

Visit the chamber website here for more details or to book your place.

• Maria Sapienza, the newly elected chamber president, is also asking members to save the date for Saturday, November 12 for a great community event, Christmas in Narellan.

“We are excited to again be running this fantastic community event,’’ Ms Sapienza said.

“ Adriana Care has been working hard to make sure this event is our best yet.

“We will have an ice skating rink this year which will be set up for two weeks at the new Narellan Town Centre.

“There is an amazing line up of entertainment with Justice Crew being our main act this year.

“Sponsorship packages are still available for any of our members who want to come on board. Please email Adriana at christmas@narellanchamber.com.au

More than 40 years experience in the news media, most of them as editor of local newspapers across the Sydney metro area, but a few years working as a sub-editor with the metros. Lots of awards, both as a reporter and editor, but says he values just as much Community Service Awards from Campbelltown City Council in 2004 and 2016. Took a voluntary redundancy in 2014 from Fairfax Community Newspapers after 21 years there. Loves the digital world, because ''there's no question it's the future''. Eric promises his hard hitting but fair approach won't change when he reports the news via cyber space.
View all posts by Eric Kontos
Sydney Weekender cameras focus on Camden again
Macquarie Fields man in court over string of break-ins across the city