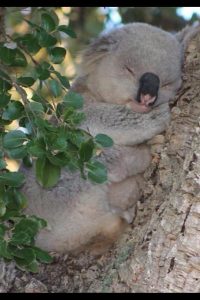 Three conservation projects for local koala populations will be expanded ahead of this year’s National Threatened Species Day.

Wollondilly MP Jai Rowell has announced that around $180,000 of NSW Government funding would be injected into the projects to revegetate patches of koala habitat and continue successful surveying work.

“Wollondilly Council will receive an additional $101,000 to go towards the Wollondilly Koala Conservation project, allowing ecologists to track and map the movements of koalas,” Mr Rowell said.

“Under this project, eight koalas have been fitted with GPS collars and the plan is to track up to 10 more.

“An additional 50 spotlight surveys are planned right across the Shire, building on the 300 that have been undertaken in the last 18 months.”

An extra $31,000 has also been set aside to work with conservation groups in the Southern Highlands to revegetate parts of the Upper Nepean State Conservation Area to grow suitable koala habitats.

In this first stage, 42 hectares will be replanted with coastal white-topped box and mountain grey gum that will grow to provide food and shelter for koalas.

Mr Rowell said that more than $1.8 million has already been invested in koala conservation across NSW through the Saving our Species program since 2012–13 with another $800,000 allocated in this year’s 2017–18 budget.

The NSW Government is committed to coordinating efforts to stabilise and ultimately increase the numbers of koalas across NSW, he said.

A whole-of-government koala strategy is being developed to achieve this.

This funding is in addition to the $10 million the NSW Government has committed to purchasing and permanently protecting priority koala habitats.

More than 40 years experience in the news media, most of them as editor of local newspapers across the Sydney metro area, but a few years working as a sub-editor with the metros. Lots of awards, both as a reporter and editor, but says he values just as much Community Service Awards from Campbelltown City Council in 2004 and 2016. Took a voluntary redundancy in 2014 from Fairfax Community Newspapers after 21 years there. Loves the digital world, because ''there's no question it's the future''. Eric promises his hard hitting but fair approach won't change when he reports the news via cyber space.
View all posts by Eric Kontos
Note to council: gotta spend money to attract money
Macarthur nature photography competition’s back so snap away