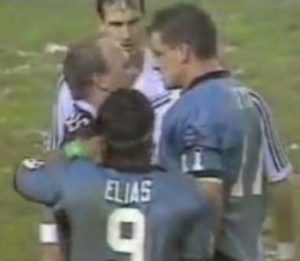 Glory days coming back: State of Origin was huge once upon a time but the arrival of Rupert Murdoch’s Super League drove fans away from the game they loved.

For the first time in more than 20 years, a State of Origin is starting to feel a bit like it used to feel – something big’s on the way.

Anyone over 30 would remember the days when Origin meant shop windows across Macarthur decorated with sky blue ribbons and NSW flags.

In offices and factories across the land all the talk was about the looming battles between Paul “The Chief’’ Harragon and Trevor “The Axe’’ Gillmeister, Laurie Daley and Mal Meninga, Brad Fittler and Kevin Walters.

Except when your team was in the grand final, Origin was much bigger than the premiership decider.

It really was State versus State and mate versus mate.

It was so big comedians got in on the act, satirising it as Origin of the Species in reference to the some of the “Neanderthals’’ who played league in those days.

Then along came media mogul Rupert Murdoch and Super League to ruin it all and Origin has never been the same since.

But in the past 24 hours there’s been a sense of excitement and anticipation that we haven’t felt for a while as another State of Origin is about to be unleashed.

Two factors are at work here, Your Honour.

One is that the dominance of Queensland for more than a decade is clearly just about over because of the departures of Cameron Smith, Johnathan Thurston and Cooper Cronk. 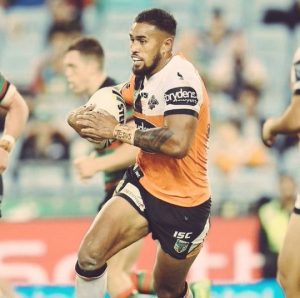 Josh Addo-Carr, who now plays for Melbourne, has been selected to make his debut for NSW in State of Origin I.

But more importantly, it’s the selection of a total of 14 rookies, 11 for NSW and three for the Maroons, that’s shaken things up.

It has just put the icing age in what feels like the beginning of a brand new State of Origin era.

It doesn’t mean that NSW will start winning – hopefully they will – it means both teams will start with brand new teams full of exciting young stars ready to explode in the Origin arena.

Have a look at my Top 5 NSW Origin debutants named and you will see young men with speed to burn, acrobatic skills to kill for and maturity beyond their years.

Number 1. Josh Addo-Carr. Just one thing wrong with this freakish talent – he should still be playing with Wests Tigers.

Number 3. Latrell Mitchell. Speed and strength, look out Queensland, he’s coming to get you.

Number 4. Nathan Cleary. I want to see this whiz kid’s birth certificate, because at the age of 20 he’s playing like a 30 year old halfback.

More than 40 years experience in the news media, most of them as editor of local newspapers across the Sydney metro area, but a few years working as a sub-editor with the metros. Lots of awards, both as a reporter and editor, but says he values just as much Community Service Awards from Campbelltown City Council in 2004 and 2016. Took a voluntary redundancy in 2014 from Fairfax Community Newspapers after 21 years there. Loves the digital world, because ''there's no question it's the future''. Eric promises his hard hitting but fair approach won't change when he reports the news via cyber space.
View all posts by Eric Kontos
M9 fear and loathing: residents send SOS on OSO corridor
Any day is a good day to give up smoking