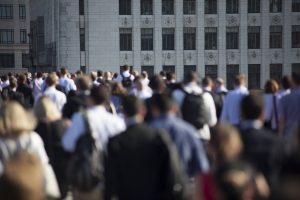 Transparency, trust and supporting open government are the themes for this year’s Right to Know Week.

During this important awareness raising campaign the Information Privacy Commission (IPC NSW) is proud to launch its latest e-learning module Towards Open Government Information (TOGI) via a virtual event involving more than 10 NSW public sector agencies and up to 100 agency employees.

Participants will be taken through the basics of what government information is, their role in information management and the application of the Government Information (Public Access) Act 2009 (GIPA Act).

All participants will receive a certificate once all of the sections and assessments have been completed.

The IPC’s themes for this year’s campaign are: Transparency and Trust – supporting open government You have a right to know – we can help you use it

“Transparency and trust is key to open government and when done well it increases access to information and data, accountability and the promotion of public participation in government agency decision making.

“Citizens are shareholders and governments need to act responsibly to create value for their citizens through accountability, transparency and, most importantly, engagement.

“I am delighted that the IPC NSW can now offer public sector agencies this excellent learning resource.

“I am equally delighted to be leading this year’s Right to Know Week NSW campaign in collaboration with our Champions, including NSW public sector agencies, universities and councils,” Ms Tydd said.

The IPC has supported and celebrated Right to Know Week NSW since 2014, reaching out to both public sector agencies and public citizens to improve applied knowledge of the GIPA Act, and to raise awareness of a person’s right to access government information

For more information about Right to Know Week NSW 2018 visit the IPC website at www.ipc.nsw.gov.au

More than 40 years experience in the news media, most of them as editor of local newspapers across the Sydney metro area, but a few years working as a sub-editor with the metros. Lots of awards, both as a reporter and editor, but says he values just as much Community Service Awards from Campbelltown City Council in 2004 and 2016. Took a voluntary redundancy in 2014 from Fairfax Community Newspapers after 21 years there. Loves the digital world, because ''there's no question it's the future''. Eric promises his hard hitting but fair approach won't change when he reports the news via cyber space.
View all posts by Eric Kontos
Commuters want that station car park you promised, Gladys
The government are just not listening, says commuter car park advocate