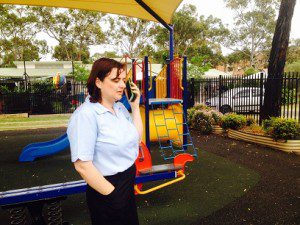 Chris Hayes, the federal member for Fowler, was there on Friday night when autism champion Grace Fava was called on stage to accept the University of Western Sydney 2015 Woman of the West award.

The veteran MP says he wasn’t one bit surprised his nomination for the award had won.

“In my line of work I get to meet a lot of the people who work hard to make life better for others,’’ Mr Hayes said.

“Grace Fava fully deserves this prestigious award; here is a mother of two autistic children of her own, but she not only cares for them but has also developed a brilliant organisation that helps parents of autistic children in the entire south west of Sydney.

“Grace has passion and drive and is an inspiration in the south west.

“When it comes to helping others, Grace is a standout, an absolute standout,’’ Mr Hayes said.

Ms Fava, the founder and president of the Autism Advisory and Support Service (AASS), said that she was quite stunned to win this award.

“The other 14 nominees were all successful in their chosen fields and passions.

“It was awkward at first as I had to give a speech.

“I was grateful to see Chris and Bernadette Hayes there to help celebrate.

“I can talk under water with a mouth full of marbles where it comes to autism, but I was shocked,’’ Ms Fava said.

“Luckily that didn’t last long and I managed to mumble a few words of thanks and a few words on while we like to look at the accomplishments and positives that can come from autism, there is also the silent world that many families affected by severe autism live in every day.

“I am hoping this award can shine a light on those families and address the gaping hole in service provision they face.’’

The award comes with a monetary prize of $5,000 and Ms Fava said she would discuss with the AASS board how the money will be used.

“There are so many programs we can start or extend with this money – it is quite exciting!’’

One big idea AASS is considering as its next major project is the establishment of a working farm to help people with autism gain skills which could lead to gainful employment in the future.

“I am really keen to start the working farm which is much more than a farm,’’ Ms Fava says.

“It will act as a platform for meaningful employment for young adults with autism in fields where their passions lie.’’ 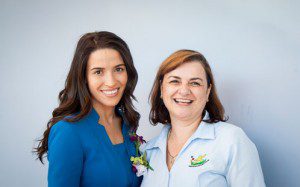 Ms Fava’s award made it a double last Friday night for South West Sydney, with Melissa Radjenovic being named 2015 UWS Young Woman of the West.

Ms Radjenovic  is a Liverpool Hospital intern, UWS medical graduate and founder of the Rotaract Club of Western Sydney. She won the award for her exceptional work to improve the health and welfare of her community.

Through her Rotaract work, Ms Radjenovic devotes a lot of time to fundraising activities which are making a real difference to those who are less fortunate. Her exceptional leadership was recognised, along with her determination to ensure all people, particularly those in disadvantaged areas, have the same access to quality health care.

More than 40 years experience in the news media, most of them as editor of local newspapers across the Sydney metro area, but a few years working as a sub-editor with the metros. Lots of awards, both as a reporter and editor, but says he values just as much Community Service Awards from Campbelltown City Council in 2004 and 2016. Took a voluntary redundancy in 2014 from Fairfax Community Newspapers after 21 years there. Loves the digital world, because ''there's no question it's the future''. Eric promises his hard hitting but fair approach won't change when he reports the news via cyber space.
View all posts by Eric Kontos
Labor’s Greg Warren has finger on the pulse
Lawrence back for clash with Benji’s Dragons

One Response to Autism champion Grace Fava woman of the year