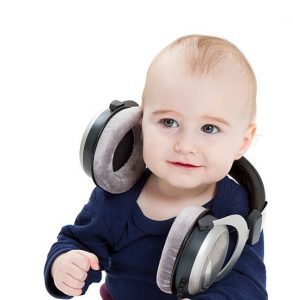 Yes, I can: babies as young as 12 months are capable of more sophisticated understanding of speech and language than we ever imagined, according to Western Sydney University research.

You might think your baby has no idea what you are saying amid the blabbering baby talk and funny faces.

But the truth, according to science, is that your 12-month-old has a far more sophisticated understanding of speech and language than you ever imagined.

New research findings from the MARCS Institute and the Centre of Excellence for the Dynamics of Language (CoEDL) at Western Sydney University identified that infants as young as 12-months of age can recognise changes in language; including different accents, different vowel sounds and they can identify when a different person starts to speak.

The research study was the first of its kind to directly compare the perception of speaker, accent and vowel changes for infants in this age group, and within the same task.

In the research experiment, infants were exposed to a listening preference test where they were played vowel sounds produced by one speaker.

Prof Escudero said researchers used this listening test to assess whether infants noticed when the vowel changed, and when the speaker changed to another speaker of the same accent or of a different accent.

“Vowels can carry a lot of information about who a speaker is, such as where they’re from, and this research helped us to understand that infants as young as 12 months can be sensitive to this,” she said.

Lead researcher on the project, Dr Karen Mulak, from the MARCS Institute and CoEDL, said infants’ ability to identify differences in complex auditory information was quite remarkable.

“In order to learn language, infants must mentally sort through massive amounts of variation in speech and speech production,’’ Ms Mulak said.

“This is quite a difficult task given their limited exposure to language at such a young age.

“But despite this difficulty, we have found that infants are capable of interpreting this data and that they are aware of and can identify variations in language.”

The next stage of this research will look at how this ability develops in infants by testing how they subconsciously process variations in speech.

If you’re interested, you can read the full paper here.