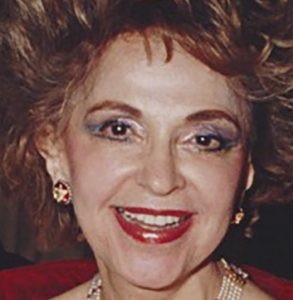 About 15 years ago I was fortunate enough to meet Lady Mary Fairfax at the opening of the community centre at Harrington Park.

News of her death brought back memories of that day and what a down to earth person Lady Mary Fairfax was.

She asked me a lot of questions about Fairfax’s local newspaper, the Macarthur Advertiser, where I was the editor, and she seemed to know quite a bit about it and the local area.

In the media she was made out to be an eastern suburbs toff but I found her completely different.

Harrington Park, and later Harrington Grove, was the result of the vision of Lady Mary and Sir Warwick Fairfax.

It was based on their wish to create genuinely thriving neighbourhoods, as well as a strong desire to give back to the community.

Lady Mary Fairfax’s connection to the Macarthur region links back to the early 1940s when Sir Warwick acquired a substantial parcel of land, now known as Harrington Park.

Harrington Park and Harrington Grove are both highly awarded estates which have been lauded for retaining the natural bushland and setting the benchmark for sustainable developments.

Harrington Estates managing director, Mr Terry Goldacre, who’s been there from the start, said this week: “It is with great sadness that we learned of the passing of Lady Mary Fairfax.

“It’s with incredible pride that we have been able to build on the vision that Lady Fairfax had for the communities we develop, and I know she was particularly thrilled with the awards that Harrington Grove and Harrington Park have won.

“We will continue to honour her legacy and look forward to continuing to build on this vision with the delivery of Catherine Park Estate,” Mr Goldacre said.

• Greens councillor Ben Moroney was wearing a bright, rainbow coloured tie at the last meeting of Campbelltown Council. We’re not sure but maybe it has something to do with a postal survey or something.

• Speaking of council, meetings are getting quicker every time they happen.

Last week’s was close to a record, with the press and the public gallery hardly having time to get comfy in their chairs before the mayor called time.

There’s talk that soon we’ll be going from two meetings a month to just the one.

• There will be some interesting speakers at a planned regional economic workshop on Friday, October 13 at Wests Leagues Club Leumeah. 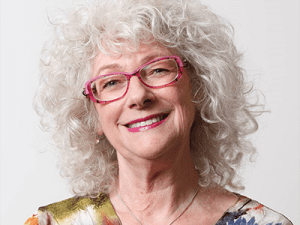 A combined chambers of commerce event, its aim is to “provide a valuable opportunity to provide feedback to the various planners involved in the South West region of what we that are in the region want, as opposed to what it is planners think we need’’.

The event will be jointly chaired by Dr John Hewson – yes, the man who lost the “unlosable’’ 1993 election to Paul Keating – and by Western Sydney director of the Sydney Business Chamber David Borger, a former Labor politician .

One of the interesting speakers will be Sheridan Dudley, the Commissioner for the South West District for the Greater Sydney Commission.

Dudley is a former general manager of Camden Council, where much of the growth has been taking place in the past nine to 10 years and it will be interesting to hear what she has to say about her former employer and how they are handling that growth.

Also speaking will be Katherine O’Regan from the Cities Leadership Institute and Christopher Stapleton from Stapleton Transportation and Planning.

If this sounds like your cup of tea contact one of the local chambers of commerce or visit their websites to book your seat.

• A group of local students are heading to Japan and sister city Koshigaya, but before they get on the plane they will be given a civic reception to farewell them.

In what will be a really nice touch, Mayor George Brticevic will be wishing the students bon voyage at the shindig, which is on tonight (September 20) in the Campbelltown Civic Hall.

• There’s still 18 months to the next state election but we get the feeling the Berejiklian Government is already campaigning.

Locally, there’s been a bit of movement at the station from Liberal MPs who up until now have kept fairly quiet.

• And, finally, we’ll finish with an explanation of why the subject of one of our stories this week calls himself Bee.

Being curious, we asked Bee Ryan why he went from Brendan to Bee and he said after years of everyone calling him Bee, he just decided one day he liked it enough to make it his official name.

If you haven’t read Bee’s story, click here to find out why he’s turned his 40th birthday into a golf charity fundraiser instead of a binge drinking session with the lads. 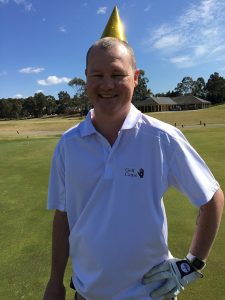 More than 40 years experience in the news media, most of them as editor of local newspapers across the Sydney metro area, but a few years working as a sub-editor with the metros. Lots of awards, both as a reporter and editor, but says he values just as much Community Service Awards from Campbelltown City Council in 2004 and 2016. Took a voluntary redundancy in 2014 from Fairfax Community Newspapers after 21 years there. Loves the digital world, because ''there's no question it's the future''. Eric promises his hard hitting but fair approach won't change when he reports the news via cyber space.
View all posts by Eric Kontos
Note to TV execs: time to update westie stereotype file
Deer survey: share sightings or experiences to guide control program