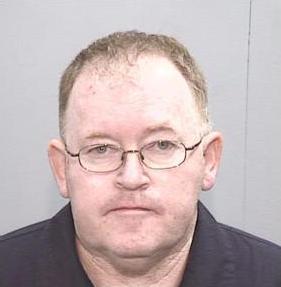 Warwick John McEwen would be 70 now.

It was the headline that drew me to read more on Monday when I opened a NSW police media unit press release about Operation Roam.

Crime Stoppers Most Wanted was the headline, and for some reason – maybe it’s my journalist’s morbid curiousity – my mind immediately raced back to three years ago when notorious Campbelltown chiropractor Warwick John McEwen was named in the national 10 Most Wanted list issued by the police at the time.

McEwen had done a runner when, just a short time after being released from prison, police charged him with 45 counts of alleged child sexual assaults committed more than 25 years earlier in Campbelltown.

That was way back in 2006 and he has been on the run ever since.

But in 2011 the police decided to put him and nine others on the 10 most wanted list. Since then, however, McEwen seems to have faded from view as other, more notorious people on the run from the law have been added to the list. 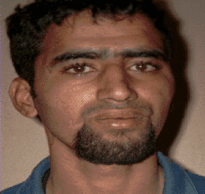 This includes Hisham Touba, 36, who is on the latest list as part of Operation Roam because he is wanted by NSW detectives over an alleged aggravated robbery at Prestons more than 13 years ago on December 1, 2001. He is described as being of Mediterranean/Middle Eastern appearance, 187-193cm tall, with a medium build, black hair and brown eyes. At the time he was last seen, he had a goatee-style beard.

McEwen, on the other hand, has been relegated to the NSW most wanted list.

And if anyone knows what Warwick McEwen looks like eight years after doing the bolt they aren’t speaking to the police.

The last time I saw him, he would have been in his mid-50s, and he looked fairly fit and healthy for a man his age. He was in a prison farm not far from Tumut in the Snowy Mountains, where the inmates got plenty of exercise.

McEwen had always protested his innocence, even after being found guilty and sentenced to almost three years in jail for the sexual assault of a minor whom he was treating in his capacity as a local chiropractor. An earlier trial had resulted in a hung jury, but later police, armed with new witnesses and evidence, pressed on and eventually got a result.

Several people who were business associates of McEwen decided to go visit him in Tumut a few months after he had been incarcerated, and I had tagged along in the hope of getting him to hand over a dossier he had compiled and which he claimed proved he had been innocent. Even now, around 10 years later, I can feel the excitement of having the opportunity of getting such a big story.

The names of everyone who went to visit McEwen that day are officially available as we all had to identify ourselves and sign in before being allowed to have our visit. But I won’t embarrass those who were on that trip by naming them here.

McEwen told us that while prisoners were allowed to leave the prison and go and work in the farms adjacent to the compound, Tumut was no picnic.

He told us that there were plenty of hardened convicted criminals, including murderers among the prison populace. And he was looking forward to freedom, having done the time.

But he refused to allow me to see the dossier, let alone use it as the basis for a story. I was the editor of the Macarthur Advertiser at the time and remember being very disappointed that he had changed his mind.

So we left him and headed back to Campbelltown.

When he was released, a little early as reward for good behaviour, everyone assumed that was it and he would go back and lead as normal a life as anyone could in his situation.

McEwen could no longer practise as a chiropractor, his licence having been taken away from him.

His son, also a chiropractor just starting out, as these things happen was judged to be guilty by association and found it hard to make a living in the Campbelltown area.

I heard a few years later that he changed his name in order to give himself a chance to make a living from being a chiropractor.

I was by this time editor of the Liverpool City Champion, so was a little out of touch in Campbelltown, but was shocked nonetheless to hear that the police had charged McEwen once again, this time with a horrendous list of 45 counts of assault.

I guess McEwen thought that the charges meant his life had ended, that at his age he would be spending the rest of his natural life in prison, weighed up his options, and took off.

If you know of the whereabouts of Warwick McEwen or Hisham Touba, or anyone else listed by Operation Roam, Call Crime Stoppers on 1800 333 000.

Marijuana grown in garage: Campbelltown man charged
Meet the firies who may save your home