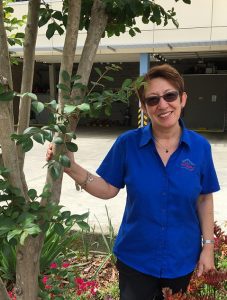 Growing: Manager Elizabeth Delcasse under one of the myrtle trees planted within the premises of Myrtle Cottage in Bosci Road, Ingleburn when it moved there from Macquarie Fields in 2007.

There were just three members and two volunteers and a couple of pairs of scissors between them.

Forty years later, Myrtle Cottage has 140 volunteers and 250 members and provides programs and activities for hundreds of locals who are frail aged, younger people with disabilities and respite care for people with dementia.

In the past six months its fleet of six vehicles, which are manned by two volunteers, a driver and an assistant, have made close to 10,000 trips picking up clients and taking them back home.

It’s beyond question that over four decades Myrtle Cottage has grown to become a real Macarthur gem.

And nobody is more proud of Myrtle Cottage and its incredible volunteers than Elizabeth Delcasse, its manager for the past seven years.

“We just could not do any of this without our volunteers,’’ Ms Delcasse tells the South West Voice when we interview the Myrtle Cottage boss at its Bosci Road, Ingleburn premises.

“Take our volunteers away and it no longer works,” she says.

“There’s no way we’d ever have enough money to pay people to do everything our wonderful volunteers do.’’

♦ In July 1977 the Health Commission of NSW appointed Sister Jacqueline Jefferson as a community nurse based at Macquarie Fields Public School.

In the course of her work, Sister Jackie, as she was affectionately known, found many people who because of some physical disability were housebound and lonely.

She applied for and obtained permission to use the Ingleburn Neighbourhood Health Centre at 59 Cumberland Road, Ingleburn for a day respite centre.

The centre was a small, two bedroom house with a front veranda and a myrtle tree in the backyard.

At first, Myrtle Cottage only operated on a Tuesday morning and catered for people with a physical disability.

In time this became known as the diversional therapy program.

The basic aim of Myrtle Cottage was to promote companionship and to provide activities which increased self esteem and personal fulfilment, as well as providing some respite for carers.

But as the area around it grew, so did the demand for its service and Myrtle Cottage just kept growing.

♦ A family friend whose husband has dementia and attends Myrtle Cottage a couple of days a week tells me she has no idea what she would have done if it wasn’t there.

“There is nobody else doing what Myrtle Cottage does in our area for people with dementia like my husband and I just don’t know what I would have done if they weren’t there,’’ she said.

Ms Delcasse says that over the past 40 years Myrtle Cottage has always gone above and beyond for clients and their carers to ensure the highest level of care.

“This is just a tip of the iceberg of what the staff, volunteers, clients and carers have contributed to the wider community since 1977,” she says.

“For example, we provide a door to door service for all members attending our programs,” Ms Delcasse said. 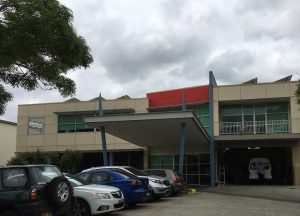 Myrtle Cottage in Bosci Road, Ingleburn, where it moved to seven years ago.

“In the last six months alone our transport service has assisted in the mobility of thousands of clients, making close to 10,000 trips.

“Volunteer drivers are an integral part of Myrtle Cottage’s operation.

“Without them giving their time, expertise and skills, we would not be able to pick up all members for our various programs,” Ms Delcasse said.

But not all donations are in cash.

Ingleburn RSL club, for example, provides lunch for 55 people at Myrtle Cottage five days a week, which saves a substantial amount of money that can be directed towards services.

“They are just wonderful,’’ says Ms Delcasse of the people who run the RSL club.

♦ Myrtle Cottage moved to the current premises in 2007, when it became obvious the old premises were woefully inadequate.

But just 10 years later and the pressures of a growing community mean Myrtle Cottage needs to keep up.

It has set up satellite groups in southern Macarthur, at Mt Annan and Bargo, where premises are currently hired for each occasion.

Ms Delcasse believes that it’s almost inevitable there will be one or two new Myrtle Cottages in those part of the region.

But in the meantime Myrtle Cottage is preparing for some low key celebrations of its 40th year milestone.

The main event will be lunch for clients and volunteers and VIP guests on November 30 at the Campbelltown RSL.

“I am so proud to be part of such an amazing organisation that has been a catalyst for change in so many people’s lives,’’ says Ms Delcasse.

“I look forward to the celebrations that we have planned over the next few months to mark the amazing achievement and milestone of reaching our 40th anniversary.”

• If you require any further information on Myrtle Cottage’s programs or are interested in volunteering please call 9426 3100 or email info@myrtlecottage.org.au 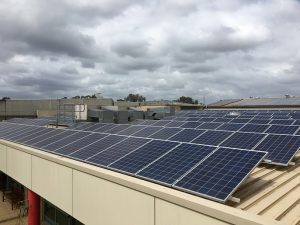 Myrtle Cottage have saved a lot of money on power bills by installing solar panels on the roof of the building at Bosci Road, Ingleburn 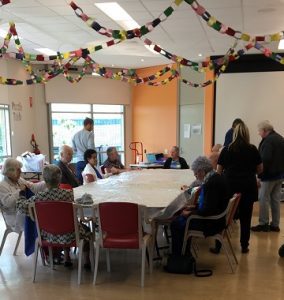 In the main activity room. 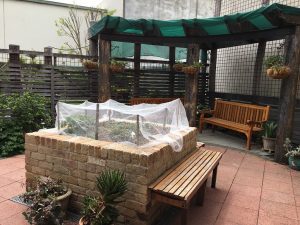 An outdoor area for dementia clients.

More than 40 years experience in the news media, most of them as editor of local newspapers across the Sydney metro area, but a few years working as a sub-editor with the metros. Lots of awards, both as a reporter and editor, but says he values just as much Community Service Awards from Campbelltown City Council in 2004 and 2016. Took a voluntary redundancy in 2014 from Fairfax Community Newspapers after 21 years there. Loves the digital world, because ''there's no question it's the future''. Eric promises his hard hitting but fair approach won't change when he reports the news via cyber space.
View all posts by Eric Kontos
Mayoral pat on the back for award winning council staff
Have you taken the cabbage soup diet challenge?