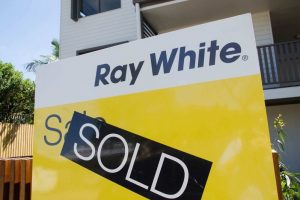 Change: the future of conveyancing in NSW is digital.

The Real Estate Institute of NSW says paperless conveyancing is one step closer with the NSW Government announcing plans to transition to electronic conveyancing and phase out paper-based conveyances by 2019.

The initiative to progressively phase out paper certificates of title in NSW follows a nationwide move towards e-conveyancing.

He said: “In 2016, the reality is most property transactions don’t need to be paper based when a cheaper, more reliable, more secure digital option is available.

“Across Australia, the future of conveyancing is digital. The benefits are clear, the technology is here, and this is our plan for NSW to lead the way.

“We are committed to working with all stakeholders to make sure they have the technical capacity, training and resources they need to adapt as conveyancing goes digital.”

NSW introduced e-conveyancing in 2014 and the government aims to progressively phase out paper-based conveyancing by 2019.

As a first step, financial institutions will be required to lodge certain mortgages and discharges of mortgage through the national e-conveyancing platform by March 2017.

The issuing of paper certificates of title to banks is also to be phased out by then as well.

The government has already begun consultation with financial institutions, legal practitioners, conveyancers and other stakeholders, and will consider the outcomes and next steps in the final quarter of 2016.

“The ABA will be working with the NSW Government on this transition and its timetable, and we look forward to other jurisdictions adopting similar considered approaches so there is a nationally consistent, co-ordinated and timely transition.”

More than 40 years experience in the news media, most of them as editor of local newspapers across the Sydney metro area, but a few years working as a sub-editor with the metros. Lots of awards, both as a reporter and editor, but says he values just as much Community Service Awards from Campbelltown City Council in 2004 and 2016. Took a voluntary redundancy in 2014 from Fairfax Community Newspapers after 21 years there. Loves the digital world, because ''there's no question it's the future''. Eric promises his hard hitting but fair approach won't change when he reports the news via cyber space.
View all posts by Eric Kontos
Narellan Town Centre update on the menu at chamber AGM
Chanthivong slams $5 million for Hurlstone spin